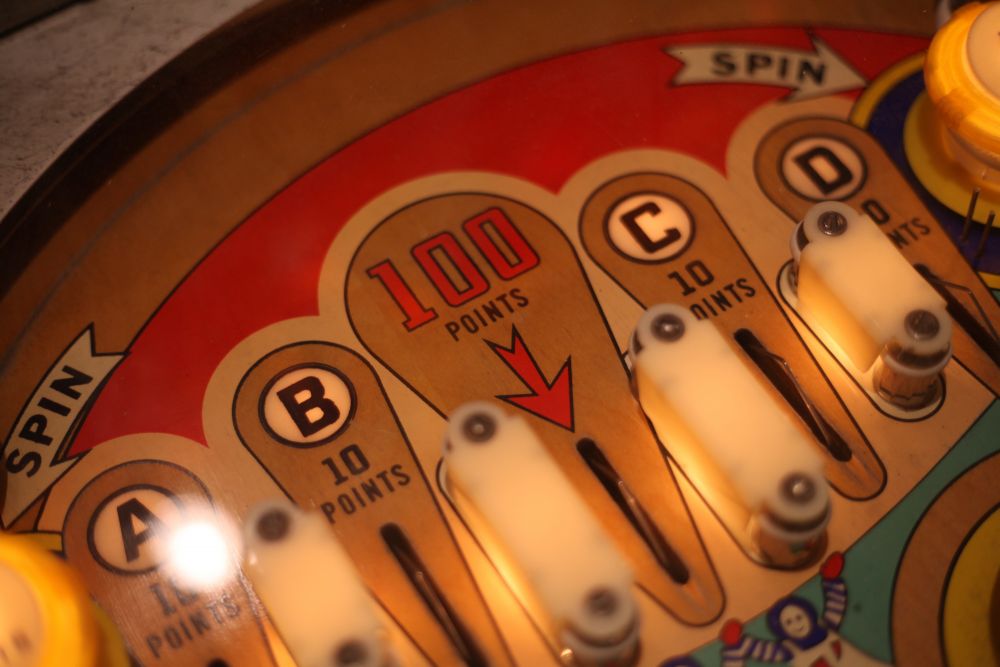 Pier Pressure is a company with a vision. They’re not testing the waters of the escape room industry but jumping in at the deep end with two games that opened in March and another couple planned for later this year. They’re also not interested in creating more of the same – their vision is for games that clearly belong in Brighton, with stories and themes that are firmly attached to the city.

The venue’s in a prime location – just off the high street, with easy access to local pubs and restaurants. Once inside, there’s a warm greeting from the staff who, as seems to be almost standard in Brighton, are as much actors as GMs. The whole of the intro to Modrophenia was given in character, including explaining how the game and cluing would work, which is a great way of getting you immersed in their world before the timer starts ticking.

Modrophenia is a classic murder mystery puzzle hunt with a twist! You and your team take on the roles of a gang of Mods in 1964 Brighton who are investigating the murder of one of their friends. Puzzles, riddles and discovery will lead you to uncover more and more of the story, but will you find out what happened in time?

The moment you walk into the room, you realise that they really want to throw you back to the seventies. There are big, bold props that dominate the space but also plenty of smaller items that continually reinforce the theming. Those props aren’t just window dressing either; they’ve made use of them throughout the game – at times just including them in a puzzle, and at other points totally reworking them to fit the experience. Overall, it was a pretty set, although the opening moments were definitely the highlights, and I’d have liked them to spread that seventies love a bit more evenly through the game.

Alongside the theming there’s an interesting story that has taken the history of the local area and carved out something that – although I don’t think it’s entirely based on fact – is certainly realistic. It’s not the most in-depth narrative in the world, but they’d added a few details here and there that flesh it out nicely and at times even inject a little humour.

The puzzles are probably the aspect of this game that I found most interesting. In essence it’s a murder mystery, which means at times it’s a very “real” game, by which I mean that you have to do things that are natural within the storyline/theme. At other times, though, it felt like the puzzles were very much escape room logic and layered on top of the story. Surely some reality is better than none, though? Well, I’m not sure – I found myself surprised when there was information hidden in places where it really had no right to be. Because some aspects of the game were so real, it focused me towards finding information in a more natural setting, and I had to continually remind myself to investigate everything carefully even if it didn’t make sense.

If you can overlook that, though, you’ll find a well structured game that I think should appeal to enthusiasts. It’s very parallelised right from the start, with it only thinning down when it has to. I suspect that they need to offer quite a few hints to overwhelmed novices, because there really is a lot to get done here and so much of it is available when you walk in the door. The puzzles are pretty varied too, with some basic search and observational work, plenty of physical interaction with the room and a variety of other challenges to get your teeth stuck into.

One thing I really appreciated was that the initial set of puzzles seems utterly intractable at first but, as you start to identify individual ones, you also start to see what’s left behind, which makes the remaining puzzles more accessible. We eventually needed to take a clue on one particular puzzle, but it tells you a lot about the game that we’d spent a few minutes searching in exactly the right place. There are no red herrings here: if you’ve got something you haven’t used, you should probably keep thinking about it.

The game ends with a high-pressure finish that sees you attempting to correctly identify the murderer. Whether that’s a plus or a minus is very much down to the individual. I prefer not to have fail conditions in games but, if you like some tension at the end of your sixty minutes, then it’s a great way to exit on a high.

We escaped in 54 minutes, but we had just three players in the team, and the minimum is usually four.

Modrophenia was a wonderful homage to a part of Brighton culture that I knew little about. Decoration-wise it was spot on, and there’s a decent story as well. It’s a great option if you’re looking for variety of challenges, but that does include some observational puzzles that may not excite experienced players.

We took along three, and that wasn’t really enough to get everything done comfortably. Even for enthusiasts, I think four is probably a reasonable minimum. It’s not amazingly spacious, though, so I probably wouldn’t take more than five for fear of creating congestion in the room.