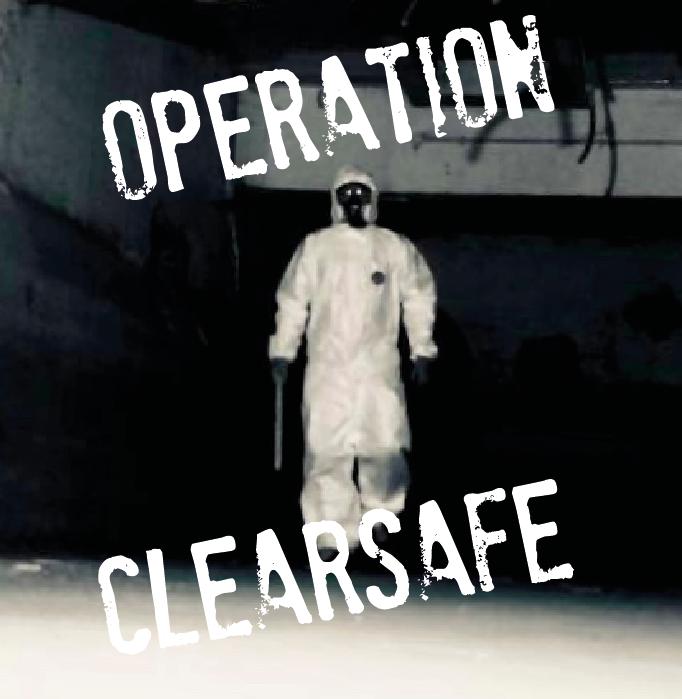 Having heard good things about Project Breakout‘s newest game, I was keen to try it out. All I needed was the right set of friends to be around – teammates who were up for visiting something that’s clearly got a strong scare element! The good news for previous visitors to Project Breakout is that this game is down in the basement of the building, so you don’t need to climb up four flights of stairs to play. Woohoo!

The game starts off with a fairly lengthy briefing that goes through the usual health and safety rules but also covers the scares you’ll encounter. At the time, I was intrigued by how the different sorts of interactions they mentioned might affect our game but, once we were inside, it became apparent that there’s really just one simple rule when it comes to the scares. That felt like a missed opportunity because, when I’ve played games with multiple interactions in the past, that’s always been one of the most enjoyable parts of the experience.

What it does mean is that players don’t need to be too worried about the scare side of this game. If you’re of a nervous disposition, then I can tell you this: it’s reasonably straightforward to ensure that you don’t get confronted too directly while still experiencing the tension it brings. As long as you’ve got one brave person, you’ll probably be OK… And, yes, there are some jump scares thrown in.

The layout is one of the most interesting you’re likely to encounter in a British escape room. It’s extensive, with several small spaces to explore and, while the decoration is fairly sparse, the fact that we kept on finding new avenues to investigate kept our interest.

The flipside of that is that you can’t have many puzzles per area and, in turn, there’s a natural tendency for the puzzle flow to be quite linear. If linearity puts you off a game, it’s worth mentioning that they’ve done a good job of combating that by making use of the ever-increasing space you’re exploring to add a little more complexity to the later solves. There’s also the injection of the jump scares from time to time to keep you on your toes.

The finale sees you undertaking a mad rush of similarly-styled puzzles, which helps to build up some adrenaline. Unfortunately, that’s lost a little during the very last moment of the game, when you have to wait for a light to change colour in order to confirm your escape. Our GM very kindly let us see the corresponding fail scenario, and the winning sequence just wasn’t in the same league. It’s great to see designers focusing on making the losing sequence memorable, even if it left me a little jealous!

Operation Clearsafe is a fun experience with logical puzzles that should appeal to players as long as they’re happy with mild scares. There’s an interesting layout that helps keep players engaged, although the linear puzzle flow may leave you feeling a little bit blocked, particularly with larger teams.

Our team of three got out with around 15 minutes remaining and having taken a single clue for something that I’d call a search fail were it not for the fact that it didn’t really require any searching… The number of players you take along is probably more about how scary you’d find the experience. If dim lighting scares you, then you should take a large team but, if you like full-on scare attractions, then stick to the smaller end of the scale.