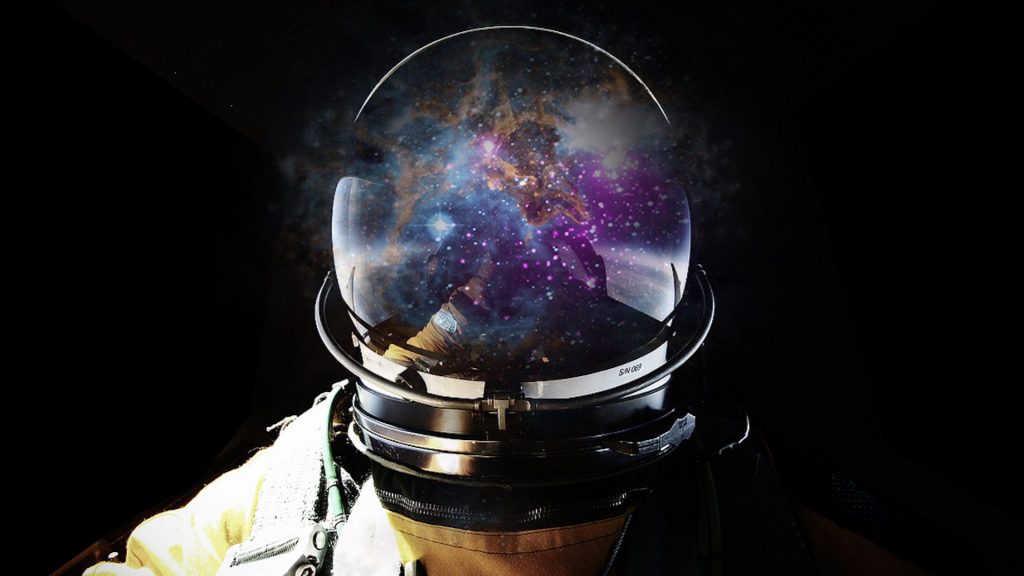 I love heading down to the Vaults Festival to see what new immersive gaming experiences are on offer, so I was particularly pleased to find out that, for the second year running, there would be a pop-up escape room. This year’s offering is called The Lifeboat and runs for the full eight weeks.

If you’ve never headed down to this neck of the woods, I suspect you’ll be surprised when you walk along the tunnel underneath Waterloo station between the massive graffiti murals and find a secret world of theatre taking place as commuters pass overhead. Strictly, you don’t need to enter the Vaults venue, as the game takes place at the other end of the tunnel. Having said that, the meeting point is just outside the main entrance/reception, so you may as well head inside to take shelter from the wind. Either way, it’s definitely worth wearing something warm, because you may be standing outside in the freezing cold for several minutes.

Once inside, we were greeted by our host and captain. Here came the first surprise: we had to split into two teams of four. More importantly, we found out that it’s a competitive game with only one team winning. In my opinion, that should be made clear up front, because I have plenty of friends for whom that’s a red flag, who come to play and not to compete. By then it was too late, though, so we just headed inside and got to business.

One minute you’re sailing across the solar system, the next you’re banged up in the ramshackle hold of a Bounty Hunter’s ship. What else could go wrong…

The Lifeboat is an eight person escape room inspired by the great science fiction films of the seventies and eighties. Locked aboard a prison ship with a grim history of its own, you’ll need to scavenge for clues and crack devious puzzles if you’re to escape.

The oxygen supply is running low, the ship’s computer has lost its mind and that lifeboat won’t wait forever. Get out while you still can!

Wow, this is a small space. The two teams are separated only by a thin wire fence but, even if you removed that, it’s smaller than any escape room I’ve ever played, and here they cram in eight people rather than the usual five. As soon as the game started, though, all that was forgotten and I didn’t really register the close confines. I’ve often felt that games use a lot of space simply because they can but puzzles can be incredibly compact, and this game proved just that. In fact, the puzzles didn’t even feel like they were small – they were all reasonably chunky – there just wasn’t much dead space.

Given that compactness, you might assume that there weren’t many puzzles and, granted, there were fewer than in an average game. However, considering this one is only twenty-six minutes long, it didn’t feel like they’d skimped on content. In fact, it felt like there was probably more than they needed – I’m not entirely convinced that first-timers have much hope of escaping without a lot of help. One of the big challenges of short games is that you have proportionally less time to educate participants in how escape rooms work, and here they absolutely throw you in at the deep end.

For a temporary game, it more than held its own on the set design front. The space was a little dimly lit, which perhaps hid some of the rough edges of the decoration, but it was bright enough not to significantly affect the puzzles and, unless you looked carefully, I don’t think you’d be too disappointed. Individual props were sometimes a little more mixed, with some feeling pretty solid and worthy of long-term games and a couple feeling a bit flimsy. This may seem like a minor point, but it’s a spaceship game, so that lack of robustness felt at odds with the premise of the story.

From a puzzle point of view, they’ve created a nice variety of challenges. They’ve steered clear of packing it full of repeated tropes, and there are several puzzles that I thought were reasonably challenging. Annoyingly, the puzzles are asymmetric between the two sides, which means it’s not a fair race and the sense of progress between the two teams is harder to compare. I can’t comment on my sister team’s puzzles (because I didn’t get to see them), but what I can say is that all of ours felt logical. It wasn’t always our first answer that was correct but, when we did finally work it out, it felt right in a way that our other attempted solutions hadn’t.

The goal in this game is to create a replacement device for the lifeboat from the spare parts hidden around the room. That’s a nice plot device to justify why you’re searching through the compartments, as well as a very physical measure of progress, which is something I personally find appealing.

The problem is that you never truly make use of the device. You put it together and then…. that’s it. The game’s over and you walk out of your room and pretty much immediately onto the street. At the critical moment, where you should have adrenaline coursing through your veins, there’s no real feedback that you’ve finished. Either we should use that device or the actor-GM should inject real excitement into our escape, rushing us off to the lifeboat. There wasn’t even a debrief, just a “thank you for playing”. Finales are always important, but even more so in a 26-minute experience where you may have been rushing through the entire game and missed some of the things that were going on.

The two teams escaped within a second of each other. I don’t know about the other side, but we received a couple of nudges along the way. The host is physically present next to the rooms (through the wire entrance gates) throughout the performance, offering advice as needed. That grated far less than I’d expected, which was in part, I think, due to him not physically entering our space.

I enjoyed this game with its fun puzzles and sense of urgency. Yes, it was cramped; and yes, some of the props weren’t perfect; but there was much to enjoy. The lack of finale really hurt, though – the moment of triumph just… fizzled away. I found that surprising because the one thing I’d expected them to deliver on was a sense of theatre.

If you get the chance, I think this is worth a trip. It’s not going to amaze you, but it’s a fun thirty-minute experience, which I’m sure will improve over the next few weeks as they get to know the game better. If you do head down, I’d take at least three people – there’s a fair amount to get done, so even enthusiasts may struggle here.

We ate over in the Stage Door, a pub with good food (although I question the merit in cooking your own steak at the table…).