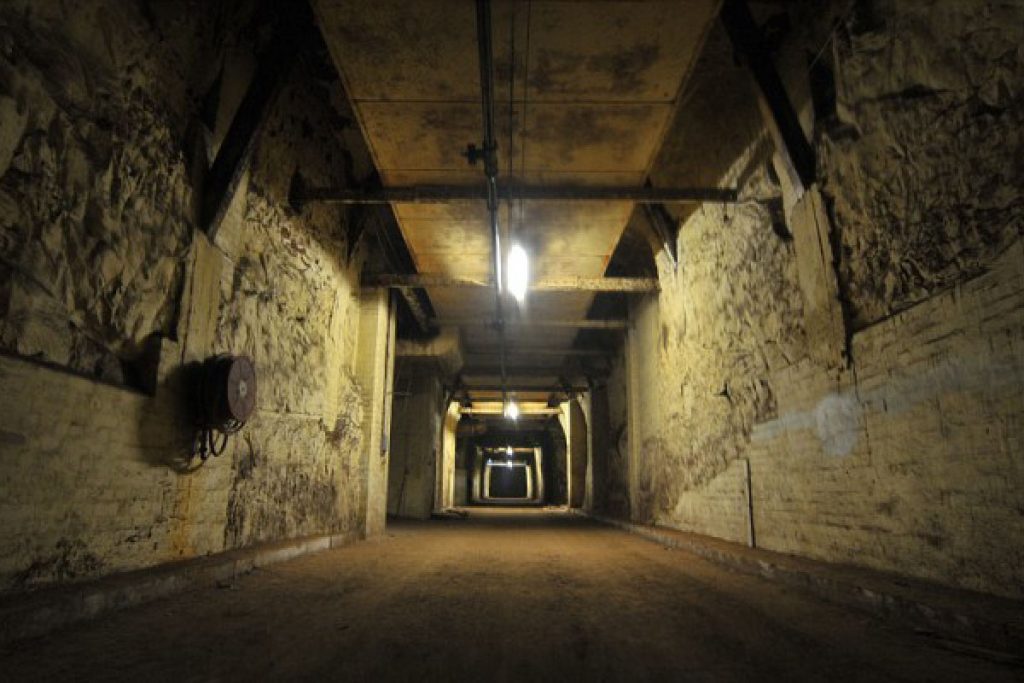 Out of the frying pan, into the fire. We’d just played (and failed) what is commonly known as the impossible room, but Vault 17 was certainly no walkover. I had heard tell that only three teams had escaped it, although I don’t know how true that is. One thing was sure: it definitely wasn’t going to be easy.

It was 30 years ago that the first bomb dropped. The war lasted just 18 days. You were lucky…you made it to Vault 17. In the Vault, generations have been born and raised in the dark. Vault 17 has become your home.

That was at least until today. The Vault’s final power core has decayed so far that the Vault scientists believe that there’s only 60 minutes of power left. If you and your team don’t take the risk and make it to the wasteland, the Vault will become your tomb, as the Vault door is too heavy to manually operate. Will you make it out in time?

After the relative luxury of the Invitation, this was a real drop in comfort to a gritty bunker. The place had a cold, moody feel that was accentuated by the cement walls – a rundown room that fitted the storyline. However, and importantly for me, they’d put a high-quality prop right in front of the entry door. Why important? Well, because it would have been easy to think that they’d created a grim location just because it was cheaper, but that prop helped convince me that they’d decided on the decor because it fitted the game.

This is a sprawling game, as befits an underground bunker, and once again there was an involved story behind it. It seems like the designer of these games is great at creating interesting storylines and has a vision for the space in which they should play out.

As the game extended, the quality of decoration was a little variable. It never looked stunning, but at times it looked a little bit like something out of Blue Peter. That flimsiness had two effects: firstly, it spoiled the immersion a little and, more importantly, it meant that some puzzles left me feeling like I wasn’t doing the right thing because, if we were meant to play with the set in that way, surely they would have made it more robust…

That perhaps highlights my big complaint with this game: too many of the puzzles had me really uncertain about the solution. I’m a firm believer that, when you’ve got the right answer, you should be absolutely certain of it, and that often wasn’t the case here. The final puzzle is a good example: it felt like the only possible solution, yet I still wasn’t convinced it would be right.

There was also a lack of direction – for example, the first puzzle you need to solve in the game doesn’t give you many hints about how it may work (although there is some relatively obscure outside-the-room knowledge that would help). In fact, the one hint it does give you is misleading. The result of that was that we sat not doing anything for several minutes because we thought that doing so would result in us failing entirely. In fact, we could happily have continued. When we did continue, something happened that made no sense in the game world, which meant we got even more confused. That was unfortunate because it meant we lost a lot of trust in the game from very early on.

It wasn’t all bad on the puzzle side, though: there was one relatively complex puzzle that was pretty cool, although sadly the correct solution was only detected manually by the GM.

Finally, if you’re someone who worries about the IP origin, this game appeared to have quite a lot in common with Fallout – certainly the cartoon character looked familiar, and I’m told that one of the puzzles is pretty much taken from the game. I’ve never played the computer game, though, so I can’t really comment beyond those points.

We failed to escape the room having taken a bunch of clues.

The Invitation may be impossible, but this game is most definitely just hard. We took along three players and didn’t progress fast enough. Even with five it would have been a tough game. It is doable, though – if you have enough smart minds, I think you’ll get through it. Three wasn’t enough for us, and we ended up a good three puzzles from escaping. I’ll still argue that there are too many ambiguities in the game and a lack of direction that they should tidy up, but there’s scope for creating a decent game here.

If you do head along, I’d take as many people as possible because sometimes the logic is pretty convoluted and more minds will help.