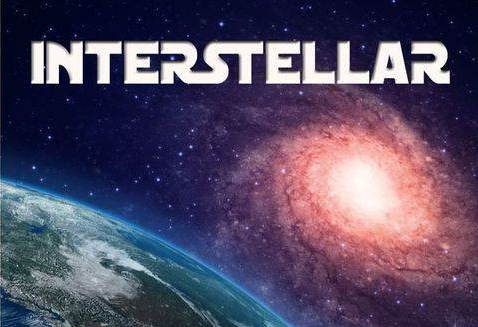 It’s been a while since I last visited Trapped In and, since then, they’ve moved home to a new and slightly more central location. The four existing games went with them and have now been joined by two more: Interstellar and CSI. In the very unlikely event that you’ve been to the Isle of Man, it’s worth pointing out that the latest two rooms can also be played there.

They’ve come a long way in that intervening time, and the new venue looks professional, with some comfy seating and a particularly impressive-looking photography set-up for the critical after-game photo. Would Interstellar also be a step up from the older games?

You and your fellow crew mates find yourself aboard a spaceship. That’s the good news, the bad news is the engines are dead and you’re drifting towards a black hole. According to the on board computers you have just 1 hour to restore power or you’re all doomed. Setting a new level in escape game immersion, this room does not have a single padlock. From the moment you step on board Interstellar you’ll be immersed in the environment, losing all links to planet earth until you can successfully restore power to your vessel.

As we walked through the door to our spaceship, I couldn’t help but be impressed. This space looked the part, with screens, dials and a central console that looked like it could have come from a sci-fi programme. There were so many interesting things to look at that it was hard to know where to start, and I couldn’t help but wonder how intimidating this must be for beginners.

A big part of this game is getting to know the room. With so many things to investigate, it’s a significant challenge to work out which items in the room should be combined together to solve a puzzle. I liked the range of difficulties in the room – some puzzles seemed straightforward while others were at the tough end of the scale, while at no point crossing the unfair line.

As the game progressed, we started unlocking different parts of the room. It’s a highly parallel game, so it would have been easy, with four of us working separately, to get a bit lost as to what puzzles had been solved or even who had caused a locker to suddenly open. It’s obvious that they’ve hit this problem already, though, because for the places where it was most likely, they had a note at the back of the unlocked space explaining which action had opened it.

The puzzles were pretty varied and included a few that I felt were quite original. A big chunk of the game involved communication, there was a small skill challenge in there (warning: this puzzle may be frustrating, particularly for smaller teams), and there were plenty of puzzles that stretched my brain.

Binding the experience together is a centrepiece that acts as a very clear mechanic for measuring progress in the game. Pleasingly, completing it wasn’t the end of the game, though – just the first step in an extended ending.

This was a really fun game, but it was in the finale where it really stood out for me. It was an incredibly simple idea that still involved the whole team. It took advantage of what we’d learned throughout the game without actually requiring us to have truly paid attention. It was a frantic and funny way to end an experience while making us feel a bit like we were the crew of the USS Enterprise. They couldn’t have done much better.

We escaped in about 45 minutes having taken a single clue.

A thoroughly polished game that I’d put right up there as one of the best in the North West. Looks beautiful, lots of puzzles and a very good structure to the game is topped off by a finale that felt it was taken straight from Star Trek.

We took along four, which seemed a good number. There are certainly enough puzzles to take a bigger team but, if you’re confident and have plenty of experience, I’d be tempted to play this as a three so you can get in on all the action!