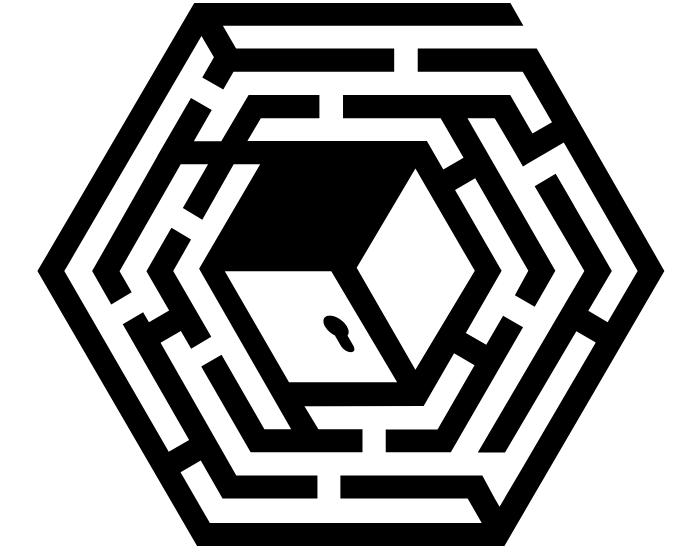 Epsilon Escape is located close to the centre of Paris, a short stroll from the Centre Pompidou and a street away from Rue St Denis. It’s another Paris venue where they offer you a coffee and let you relax in a gorgeous waiting area. I’m not one to rave about lampshades but, when you get huge geometric shapes that match your logo, you’re going to catch my attention.

Unusually, this is a seventy-minute experience. I’m not sure why but, if I had to guess, I’d say it’s because they designed the game and found it took that long for an average team to complete. That’s usually a good sign, because it means that getting the game flow just right is more important to them than cutting down the game by ten minutes.

First off, I loved, just loved, this set. It felt just like I imagine an old-fashioned asylum might look and feel. It showed a system where the patients were abused but not in a way that demonised them. Throughout the experience, it felt horrifyingly realistic. It didn’t portray the doctors as monsters either, but it did make you feel increasingly uncomfortable about them. Few games have managed to handle this theme as sensitively as Epsilon Escape, and for that they deserve a huge amount of credit. The story unfolded a little during the game, although I don’t think I always got every detail. Along the way, they packed in a few different scenes too and – a first for this theme – it was bright throughout: no digging around in dingy corners to find clues.

It was a pretty full game with lots of puzzles and plenty of variety – audio, visual, pattern-matching, decoding, searching, correlating things around the room… I really enjoyed what they’d put together and, in particular, how they’d embedded it within the theme. Throughout the experience, it felt like they had a few puzzles available for the players to work on. It never felt entirely open but, until the end, I never felt we were in each other’s way when solving. It’s the sort of game that really brings a team together to utilise all their skills.

We were flying, and I was enjoying this game to a level which I rarely enjoy escape rooms until it all went horribly, horribly wrong. We had more than thirty minutes left when we reached what was effectively the final puzzle. It was a decent multi-stage puzzle that would require at least two, if not three, people to help solve it. It’s the sort of puzzle that this game deserved as a finale. It didn’t fit perfectly with the theme, and there was a rough edge that I’d have fixed up, but the big problem was that it broke. Badly. In a way that the GM couldn’t easily spot. That resulted in us spending twenty-five minutes getting increasingly frustrated, with the GM giving us clues that just served to get us more and more annoyed. You could argue that this was just bad luck, but I’d argue that the GM had seen us in the room and knew we were pretty good – at some point they should have realised something was wrong, especially because we were saying things out loud that made it obvious it wasn’t working. By the time they finally intervened properly, the damage had been well and truly done.

That ending was such a shame, because this was one of the best games we played in Paris, and my biggest disappointment is that I can’t turn back the clock and experience it again. I’m putting that breakage down to bad luck and rating it highly accordingly. If it was a regular occurrence, I’m certain they’d have dealt with it far better. I’d be curious to hear from anyone else who’s played it, though.

Due to the problem we hit in the room, Epsilon Escape refunded us the money in full for this game. That didn’t affect the review – I can say that with absolute certainty because I didn’t know we’d had a refund when the review was published!