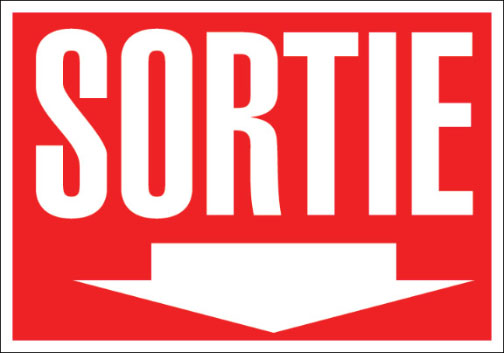 When I first passed by Leavin Room, I assumed it was just a small hotel, such is the quality of its waiting area and reception desk. If you watch their teaser video, that’s no accident – this is very much immersion (at least from a set point of view) from the moment you arrive. Due to a mix-up with taxis and the previous game overrunning, we were fifteen minutes late, but we had a friendly greeting nonetheless before heading straight down to the room.

Hostel is a well decorated game. You may not instantly appreciate it, and at times it’s perhaps not pleasantly decorated, but it’s a game that’s been carefully created. Within that, the thing that stands out for me is the sense of exploration. It’s a game that may slightly disorient you, and I suspect that was a deliberate choice – leaving you confused at times but also helping break your connection with the outside world.

That exploration is a kind of theatre to aid immersion, but it isn’t the only sort. At one point they get one of the participants to do something that is very much intended to bring home the horror of the story. And, yes, this is a scare room. Don’t go into the game thinking it’s just a plain serial killer room. There may not be anything by way of jump scares, but it is dark and moody, and at some point during the game you’re likely to feel on edge.

The puzzles didn’t quite match up to the rest of the experience, with a few weaknesses in their execution. It wasn’t so much that they weren’t reasonable at their core: it was just that several of them had aspects that felt rough around the edges. One in particular felt like it could have been made far crisper, although I suspect that, while French isn’t a prerequisite for this room, it would have been far easier if we’d been native French speakers.

The game rounded off nicely with an escape that was clever and humorous in equal parts – the perfect ending to a tense game.

Few games come with the waiting area we encountered in Team Time. It was spacious and well kitted out, with some really unusual seating options. We hung around for a while after the game, waiting for our taxi to arrive, and it was absolutely no hardship. The staff were friendly too and gave the feeling that they really enjoyed their job. Our GM, in particular, did a great job of setting us up for the scary game ahead. She was the master of the deadpan comment, leaving me entirely unsure as to how scary the experience ahead would be…

Eugh. A dark game. It’s thematically dark, admittedly, but there just wasn’t enough by way of torches, which made it a frustrating place to explore. I eventually decided to just close my eyes and feel my way round the walls to see what I could find. Games like that are always a bit frustrating, and this one continued with that darkness for far too long in my opinion.

What you could see was impressive, with a futuristic, industrial feel to the place and a fairly expansive set. They teased you with what lay ahead – at times you were able to see into inaccessible spaces – which worked well to build up the sense of anticipation.

Unfortunately, I didn’t get on with the puzzles in a variety of different ways: one was a little temperamental, one used symbology that seemed incredibly vague to me, while a third was a plain counting puzzle where it felt like it would be almost impossible to search enough to be confident you had the full set of necessary items.

That’s a real shame, because it was a cool place to be in and, even with the darkness, I think they could have a great game if they’d chosen better puzzles. Oh, and yes, it is a scare game, so expect to jump at points!