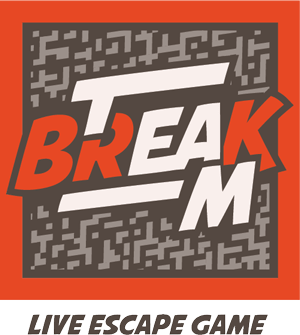 Team Break offer ten games across the city, but we had limited time available, so we headed to a single venue that we’d heard good things about: Team Break 9. Inside there’s plenty of space, a warm welcome from the staff and better intros than you’d imagine for a multi-site venue.

All three games are centred around a fictional general, Pedro, who you have to try to overthrow or escape from. While the links between the story don’t really matter and the games are very separate, I love the fact that they’ve created a universe within which their games are set and a central character common to the stories.

They’re all solid experiences with different aspects to recommend them to players, but Lost is probably the best of the set. It’s worth mentioning that one of them has significant overlap with Verem’s Diktator game, which they’ve imported from Budapest.

If you want exciting starts to a game, this will certainly deliver. It’s a split-start “prison” game, which is going to be enough to make it seem pretty daring for novices, but even for enthusiasts I think you’ll find they’ve upped the ante.

As you work your way through the puzzles to reunite the team, there’s a good flow of challenges requiring a decent amount of communication. From around halfway through, it started to become very familiar – it’s broadly identical to Verem’s Diktator game, which I played in Budapest.

In fact, I think I preferred the broad structure of the ending here to the original. There were fewer red herrings and a better structure, although we did find a couple of the puzzles quite frustrating. In particular, they’ve introduced one where there are lots of different possible solutions, including some where you’re effectively mixing clues from a totally different puzzle. That was both confusing and frustrating, as we tried solution after solution after solution ignoring a relatively straightforward one because the clues from another puzzle convinced us that the simpler solution was impossible.

They’d retained the original Verem ending, which was thematically fun, but the way you generated the finale solution was a weak ending to the game.

Warning: If jump scares are a problem for you, you should talk to the venue beforehand.

This was a slightly strange game in that it felt like they’d bolted together two different experiences: a prison game and a chemistry lab. That Jekyll and Hyde feeling continued through to the puzzles, with some reasonably solid ones in the prison half but weaker ones during the lab section. The low point of the game was probably a search-and-count puzzle. Counting puzzles are never much fun, but this one was a real low with us having to do a detailed search for items that were pretty hard to differentiate from other items that didn’t count. Ugh.

The prison section, on the other hand, had fun communication puzzles, with the two halves of the game having some that could be solved solo and others that required collaboration. Even better, it was pretty well balanced between the two cells.

There was one aspect near the end that annoyed me – something that keeps on coming up in games that I consider a bit unfair but, more importantly, breaks immersion for me. It’s an experience where they make out that something is possible but then, if you try to do it, you’ll be penalised even if you haven’t (yet) broken the rule. To me that’s incredibly frustrating, because (a) you wait around not doing the action because you assume it’s impossible; and then (b) when you try it you feel unfairly penalised.

On another trip, Lost would have stood out as a game with a truly amazing set. Unfortunately, we’d not long played the Plane at the Game, which made the start of this experience a lot less impressive than it might otherwise have been.

There’s a fun, theatrical introduction which starts you off on the right foot. That theatrical side of the room continues through the game to a lesser extent, with some good transitions, great sets and even into some of the challenges.

While there was more searching in this game than I’d really have liked, there were also some good puzzles. I’m not a fan of searching the entire set to get every last hidden item, but things were laid out well enough that the searching aspect was almost a puzzle in itself: there weren’t many places to hide things, so you had to think carefully about where the relevant items might be.

The highlight of the puzzles for me was the finale, which was satisfyingly chunky with an obvious “right” solution, even if we took a long time to actually solve it…

Warning: This game is (thematically) dusty, so wear old clothes if possible and if you suffer from asthma or similar, be warned!