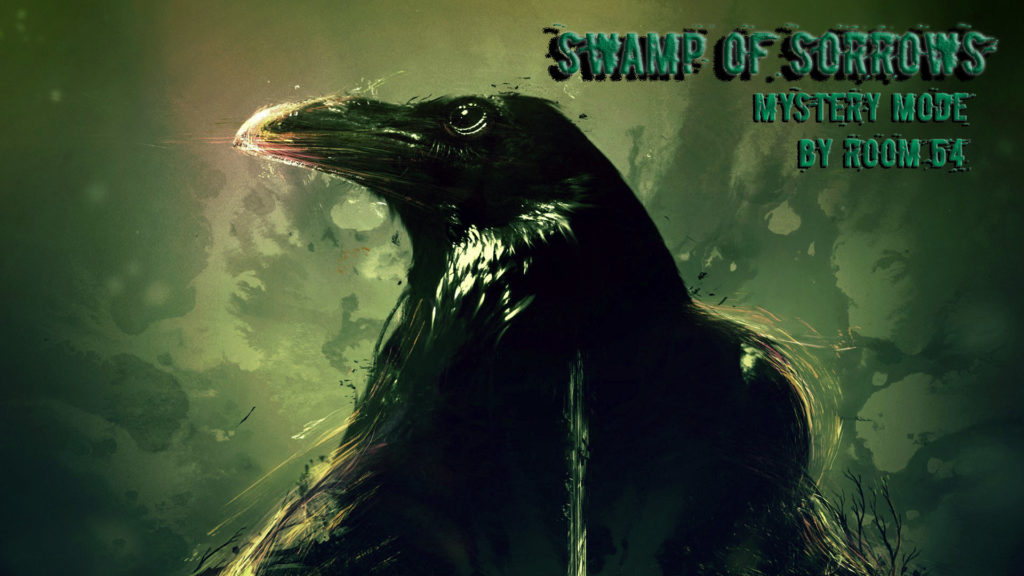 Room 54 isn’t really an escape room venue – or at least not a traditional one. It’s a mix: part theatre, part escape room, part Dungeons and Dragons. For those of you familiar with LARP, it draws significantly from that world. Having said all that, if you’re into escape rooms and you don’t mind a bit of theatre and character interaction, I don’t think you should worry too much about the distinction.

We played both their ninety-minute rooms and, for me at least, they felt entirely different. I’d thoroughly recommend the adventure experience that was Swamp of Sorrows, with its exploration of a large space, interesting character interactions and fun finale. In contrast, I found Ring of Protection to be disappointing – akin to a scare experience, with puzzles that ranged from quest missions to relatively basic challenges.

Before entering the swamp, you have to choose a character. Although it doesn’t have a massive effect on the gameplay, it does mean that individual players can be singled out for certain interactions. That’s a nice touch because it ensures that everyone has their moment to shine.

Inside the game proper, you’ll find an expansive set to explore. In truth, it’s probably not huge, but they’ve laid it out cleverly such that there’s a real sense of going on a long journey through a forest-like environment. Along the way, you’ll have a decent number of puzzles to follow with significant variation in difficulty. Some we solved almost without realising, while others required extensive discussion. You’ll also come across non-player characters who may help or hinder you (I’m still not sure which!). As well as giving us fun interactions, that also provided a natural way to offer clues: if we got stuck, someone was always on hand to point us in the right direction.

The game comes to a thrilling conclusion which sees each player given their own challenge. I loved that feeling of working together to overcome the game while still having a surprising amount of personal agency as to whether we completed our mission. There’s also a satisfying wrap-up to the experience to make it clear where you have ended up and hint at a sequel to come.

The setup to Ring of Protection felt similar to their first game, but things soon started to unravel for me. Firstly, the inside of the game was a lot less exciting, with an apartment-like space that was dimly lit and felt poorly maintained (although that was consistent with the story). While both experiences have a scare element to them (and can be played at different levels of scariness), this one felt dominated by the scare aspect, sending us on missions designed to put us in “harm’s” way.

And that, perhaps, was my biggest complaint about the game: it was more about missions than about puzzles. Go here, fetch that. I didn’t feel like I had much agency. There were some real puzzles too, but they were relatively short.

There was also a sense of confusion, although that may have come from the fact that we were playing in English. On a couple of different occasions, we struggled to hear instructions and so were left uncertain about how we were meant to proceed. Eventually, after some repeating, we worked out what to do but by then the damage to immersion was done: I was no longer thinking about the game world and was instead thinking about the game.

The experience comes to its conclusion when you’ve completed your individual missions and you find out what overall score you’ve achieved – taking into account both the core challenges and the bonus missions that they offer you. While that was a fun way to finish, it did feel like it lacked the theatre of their other experience, Swamp of Sorrows.

That’s all on Room 54 – want to read more about other local games? A link will be added here when the summary article is published at the end.