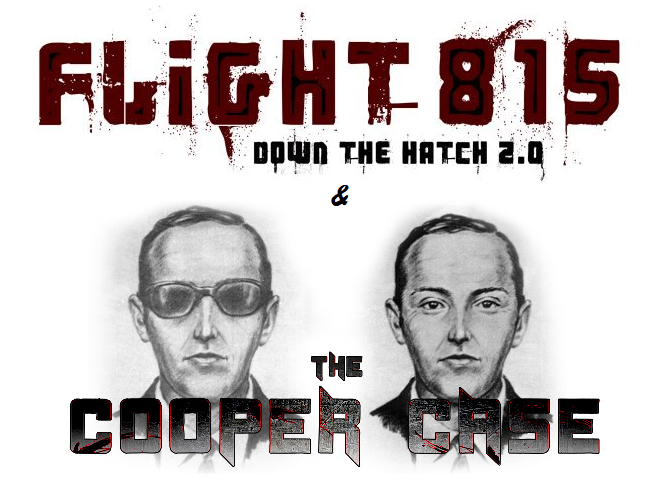 I first heard about Down the Hatch a couple of years ago when enthusiasts talked about The Cooper Case as being one of the best games in the south of the Netherlands. Since then, they’ve added a second experience and are close to opening a third. Down the Hatch set themselves apart from typical rooms by offering 80-minute games which, as well as giving them more of a chance to develop the story and theming, also suggests that the owner is more interested in creating a memorable experience than on just turning the biggest profit.

As with many of the Dutch games, there’s a nice café-like waiting area where you can relax before going into the room. That also gave us the chance to chat with the owner, who was clearly an enthusiast and appeared to be knowledgeable about the local industry. During the chat, we also discovered that most of what he’s created has been done entirely on his own – only outsourcing a very small number of things that he absolutely had to. Once you’ve played the games, that fact will particularly stand out.

Both games are impressive. The sets are magnificent, and the puzzles are good, especially in Flight 815. The eighty-minute duration gives you a real opportunity to get into the story, and each game makes use of its ample space to create an impressive experience. For me, while The Cooper Case was well worth a visit, Flight 815 is the hands-down winner, with a combination of puzzles and theming that really stood out.

At its heart, Flight 815 is an escape room inspired by Lost. Expect to see imagery and story throughout the game that pay homage to the TV show. Worry not, though: you won’t be disadvantaged if you’re not a fan. It’s a simple premise – you’ve crash-landed on an island and are trapped inside a laboratory with the goal of finding a way back to civilisation.

This game absolutely nails the start of the experience with authentic-feeling decoration and some fantastic theatre throwing you right into the heart of the action from before the game even begins. By the time we started solving puzzles, I was thoroughly immersed in the story and had left the real world far behind. On top of the impressive set and theatre, they’d thrown in a small but fun detail that is particularly unusual.

In spite of being set in a laboratory, this room has a feeling of adventure and exploration about it, giving you a real sense of journey within the game. One short section felt a little bit inconsistent with the rest of the decor, but the overall sense was of a coherent world that was constantly luring us forward.

I enjoyed the puzzles, which felt challenging but generally fair. The one point when I got frustrated was with a challenge that felt like it could make you fail the game well before you’d reached the end. Talking to the owner afterwards, it became clear that you couldn’t, but that ambiguity left me feeling frustrated at a critical moment. This wasn’t helped by us struggling with the puzzle leading up to that moment, and therefore hitting it at a point of maximum stress. Another potential source of frustration comes later in the experience, when some players will be quite active while others may be left sidelined for a relatively extended period. It didn’t affect my enjoyment of the game, but I suspect it took the edge off for other people.

That aside, things went well: we found that the puzzle structure encouraged us to split into separate groups, which worked well with an experienced team, and a couple of communication challenges later in the experience were particularly fun. The final puzzle in the game felt a little mathsy for my liking – I think this game deserved a more exciting ending than that. Fortunately, the non-puzzle side of the finale really did deliver, creating a final memory that will long stay in players’ minds.

From reading the website, the Cooper Case looks very much like a criminal investigation. Going in, I expected a fairly traditional escape room, but it rapidly became clear that there was a darker side to this experience, both literally and metephorically. Expect to spend significant periods of time in low light conditions and to come across a few jump scares.

It’s not always low light, though, and that’s a good thing because it’s another beautiful set from the company. This time round, they’ve created a sprawling hotel space. Once again, there’s a real sense of exploration, with the decoration being a big part of what takes you on a journey in the game world. I was particularly impressed by the opulence of the hotel they’d created.

For me, the puzzles didn’t reach the same heights as the rest of the experience. The simplicity of some felt like a reflection on the age of the game, while others made heavy use of maths in a way that turned off some of our team. One challenge was also significantly affected by colour, which I found surprising given the owner’s clear attention to detail and the fact that the game has been open for a while. On the plus side, while those puzzles may have felt a little simple or used tropes, they’d been well integrated with the environment and there was consistently good user feedback. While we split up and worked in small groups at times, this game felt a lot more linear than Flight 815.

Story elements were always pretty clear and, as we progressed through the game, we gradually understood more about the Cooper Case so, by the time we reached the endgame, we had built up a pretty strong sense of what had gone down at the hotel. It’s not the most impressive finale given how cool the space generally was, but it was still a great setting which brought the game to an enjoyable conclusion with the right sense of finality for this kind of quest. We had around fifteen minutes left on the clock with two clues taken, so this feels like a great choice for more experienced medium-sized teams to head along.  We played as a five, but I think four is probably a better option.

That’s all on Down the Hatch – want to read more about other local games? A link will be added here when the summary article is published at the end.