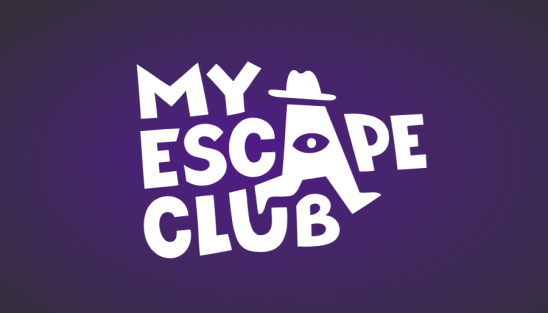 Back in 2017 we paid a visit to MyEscape.Club to play Judgment Day and Back to the USSR. I’d been impressed by the structure and fun puzzles in the latter, while the former had felt like a proper Terminator mission and, in spite of a shaky start, had won me over. Since then, they’ve released a couple more games – the Curse and Steampunk Express – so I headed along with the team from Two Bears Life to see how they’d progressed in the interim.

Both Steampunk Express and The Curse had high-quality decoration throughout that really conveyed their themes. I found Steampunk Express a little bit lacking in signposting but, at its core, it had the better puzzles. The Curse had a really engaging but tough start which then weakened as the game progressed. Both are well worth playing and good additions to the venue, although there are better games in Amsterdam. Given the choice of a single game at the venue, I’d choose between Judgment Day and Steampunk Express based on the theme that appeals more to you.

First up was a steampunk-style game where you play the protegés of an inventor who’s created a time-travel machine. Unsurprisingly, when you test it, things go horribly wrong, and your job is to repair the machine and get it back to the current time.

If you thought Judgment Day was a tight start for a group of five, then you’ll be amazed by this game. Even with three of us, there wasn’t a huge amount of space, and it’s difficult for more than two people to fully engage with the active puzzles. It isn’t for very long, though, because you soon get the machine working and find yourself in a much more spacious part of the experience. As with the game as a whole, I was impressed by the standard of decoration. They’d shown what they could do with Judgment Day, and that high standard was retained here. Granted, there were some areas that were a little bare but, even then, they’d made use of brass plates to retain that steampunk effect and avoid a feeling of emptiness.

At times, I felt the game lacked signposting of what players were meant to do. In particular, I found the start confusing, not realising exactly what we were meant to do. That wasn’t helped by the fact that we solved at least one puzzle that lacked user feedback telling us that what we’d done was important. This was a shame, because there were lots of aspects of this game that I thoroughly enjoyed. Firstly, the concept behind the puzzles was clever and, as we started to understand the mission they represented, they revealed a higher purpose to our actions. Once we got going, I found the structure of the experience really enjoyable, with a clear sub-mission helping us to gauge progress. Finally, the way they laid out the game took us on an interesting journey through the space that added to the charm.

As the game draws to its conclusion, they’ve added in some gratuitous theatre which was fun but which, for me, didn’t live up to the effort that they’d clearly put into creating it. Perhaps my expectations were set high by the fact that I’ve seen something similar in a couple of other Victorian/Steampunk-themed games which felt more impressive. What it does do, however, is ensure a memorable moment just before the game reaches its conclusion and then deliver one final easy puzzle to see you rushing out the door.

Looking on the website, I thought this was going to be a scary experience, but it’s no more than creepy unless you find loud (but not sudden) noises off-putting. In fact, if you’d rebadged this as a medieval game with an occult theme, I don’t think you’d be doing it much of a disservice. Perhaps avoid taking the youngest children there, but certainly don’t worry about teenagers.

That medieval style was nicely presented, with plenty of wood and stone to capture an old-world feeling and deliver an interesting space that kept me curious about what lay ahead. The story wasn’t quite so convincing, with us having to lift some sort of curse. I never really got to grips with what I was doing, and instead just focused on solving the puzzles that appeared in front of us.

Early on, I found those puzzles a little confusing or, rather, I felt that it wasn’t clear what I was meant to be able to solve at any given point, which led to a lot of wandering around the space. Had it been a less pretty game, I think it might have got old pretty quickly, but I enjoyed being in the environment, and so it wasn’t particularly arduous. The reason for that confusion was a lack of signposting on a couple of puzzles that left us with a lot of loose strands. With one exception, they felt like the sort of puzzle you could eventually solve. The one place where this wasn’t true was something which in theory we might have done but in practice was unlikely to be spotted, especially by enthusiasts. Be prepared to take a clue.

That aside, I found the puzzles reasonably enjoyable and logical. I particularly appreciated a physical puzzle in the middle of the game that had the solidity to fit with the decoration and provided a satisfying sense of progress as we made our way past the challenge. Other puzzles, while not earth-shattering, were certainly sufficient to hold us up and included some nice aha moments which rewarded those who took the time to think through what was on offer.

The game wrapped up with a little bit of theatre that I felt missed the mark slightly, and then a simple final step to allow us to make our escape. It’s not a thrilling ending in my opinion, and I don’t really see why it led to our escape, but the beauty of the exit door distracted me from worrying too much about it.

That’s all on My Escape Club – want to read more about other local games? A link will be added here when the summary article is published at the end.