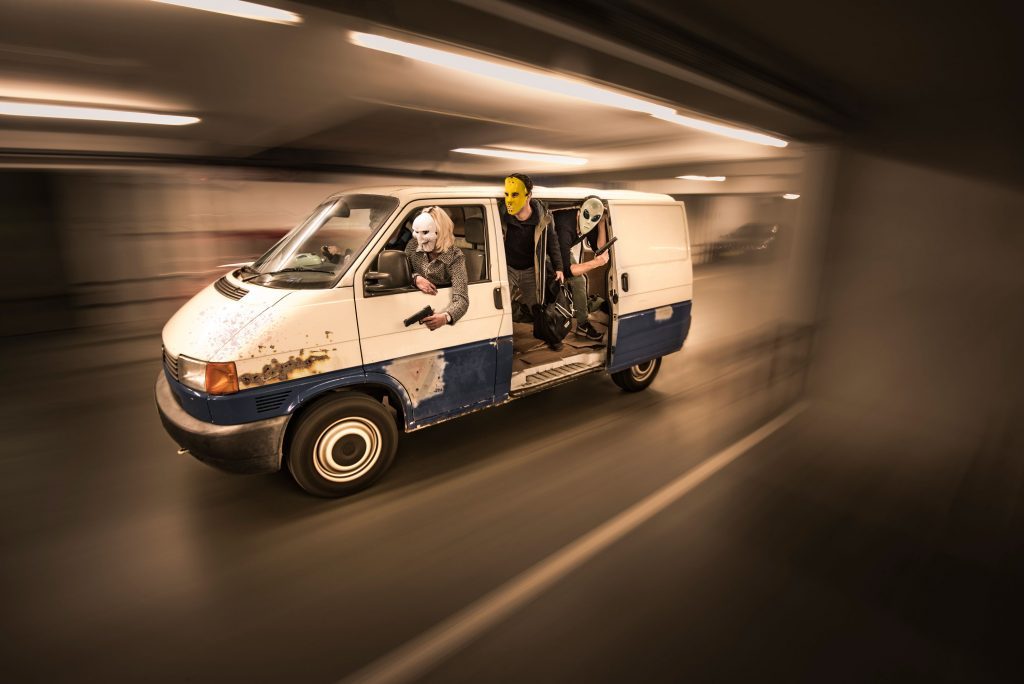 This is part of a series of articles on games in the Netherlands – a link will be added here when the summary article is published.

Split over two sites in the Dutch city of Nijmegen, Project Escape was not a company that I’d heard anything about in international enthusiast circles. It’s not in a major city (population is 200,000), so it’s likely the sort of place that only attracts a national audience. The fact that their website is Dutch-only probably doesn’t help although, if you translate this page, it’s clear that the games are playable in English.

They’ve got two different locations, so make sure you know where you’re heading. The Devil’s Room and Ram Raider are on one site close to the centre, while their third game is a twenty-minute walk along a fairly large road.

Their location may not be in a major population centre, but they still produce great games focusing on immersion and making use of strong in-character introductions to get the experiences off to a great start. The Devil’s Room is fairly normal apart from that introduction, but their WWII-themed game was very good, and Ramkraak is a truly great game with an amazing intro, solid puzzles, a neat mechanic and an awesome ending. Make no mistake: if you ever get the chance, the detour is well worth it.

It’s easy to be thrown when you wander into what looks like a perfectly normal office building and your GM greets you as a character from the WWII resistance. We were quickly back in our stride, though, and enjoying the immersive start to this game. Plenty of places get into character, but this wasn’t played for laughs, so it really did add some of the gravity that this experience deserved.

Once inside, it’s an interesting space. You’re down in the basement, and they’ve played on that sense of darkness to make a room that’s moody without being frustrating. I found it to be full of interesting corners and spaces that they’d used to liven up the game and surprise me on a couple of occasions. I wouldn’t describe the set as stunning, but it absolutely worked.

This isn’t a game you’re going to play just for the puzzles. On the whole, they were reasonable challenges that I appreciated but was rarely surprised by. Some were just about brainpower, some required a little physical interaction with the room, one was more about following instructions, and a couple encouraged us to be a bit creative. There was one puzzle that grated on me because it really broke the 1940s theme, and a search that felt like it really needed a bit more signposting. We ended up having to take a clue on that one but, to be honest, I’m glad we did, because there’s a cool system that – unsurprisingly given the rest of the experience – didn’t break the immersion of the world they’d created.

With solid puzzles and a reasonable set, this would still have been a good game that I’d be recommending. Where this experience lifted itself above the crowd was in the pivotal moments where they managed to continually surprise from the moment we first arrived to after the game was over.

I thought the start to the Press Room was pretty thematic, but this blew it out of the water. Right from the moment you arrive at the seemingly innocuous building, they surprise you with the way the game works. If you’re lucky, a game may use one or maybe two mechanics to help immerse you before the countdown begins, but here there were lots of ideas on offer, each of them helping to throw you off balance and engage you in the world ahead. I’m not going to pretend that I believed I was about to take part in a ram-raid, but my adrenaline was certainly pumping and I was invested in the experience ahead.

This game felt like it had been carefully structured from a puzzle perspective. The first thing we did was find some relatively straightforward puzzles that felt like they were teaching us what to do in an escape room. Once we’d knocked them down, the game opened up, allowing players to use those skills to attack a variety of puzzles. Some were pretty clear, others more obfuscated, and some wouldn’t become solvable till later in the game. There was a real feeling of exploration interspersed with moments of excitement as we started to pull things together.

This is a mission that is very much broken up into manageable chunks. Before you reach the crux of the game, you have to solve a set of puzzles that fit naturally into the theme. Those then give you access to the real goal – you’ve got to collect certain items, some of which are required for a successful escape and others which are optional. Long-time readers will know that I love these non-binary win conditions because it gives enthusiasts extra challenge while still making the experience accessible for first-timers.

There’s more than that, though: this was a set of puzzles that were genuinely tough. Possibly too tough, in that one felt like it required us to put together just a few too many ideas. We received our only hint at that point in the game, and I don’t think we’d have had a chance without it – there were just too many different things to consider. Couple that with the shortage of time at this stage in the experience and other factors that make things tricky, and it’s no surprise that only a tiny fraction of teams get the full set of items.

This game builds and builds the pressure throughout, and every time you think you’re doing well, they throw a spanner into the works. When the experience reached its dramatic conclusion, we were pretty much diving out the door, exiting the game with a feeling of exhilaration that few other rooms have come close to.

The owners had said that they didn’t think it was worth playing this game, but we had a little bit of spare time and had enjoyed their other ones so much that we signed up for one more. We knew going in that it was unlikely to be as good as the others – both from their comments and from the knowledge that it was the first room they’d designed.

Still, it’s an immersive start where your GM gives you your, well, sort of gives you your briefing. In fact, you have to read it out yourself, although that’s not as bad as it sounds because of the context. The important thing is that the whole intro is a seriously creepy start to a game. It never felt like it crossed the line to scary, but it was more than enough to make you nervous going in.

First impressions in the room were positive. There’s plenty to investigate and a cool corner that is used as a thematic cluing system (it’s worth taking a clue just for the fun of it!). This game doesn’t have the sense of discovery and exploration that the others had offered so, after that opening effect, it was very much up to the puzzles to entertain us.

Unfortunately, although generally reasonably logical, they were relatively basic. The one exception to that was where we were hurt by language difficulties which left a puzzle not making much sense to us. If you play, you’ll see plenty of tropes on offer, including a couple that I’m not a big fan of. They’re not terrible –  just, well, a bit dull.

One of those tropes caused us to get a bit blocked (because we’d had a bit of a search fail), which left us a little flat for the finish. It certainly wasn’t a disappointing game, but it’s clear that they learned a lot from running it, because there’s a big step up to their two newer offerings.

That’s all on Project Escape – want to read more about other local games? A link will be added here when the summary article is published at the end.