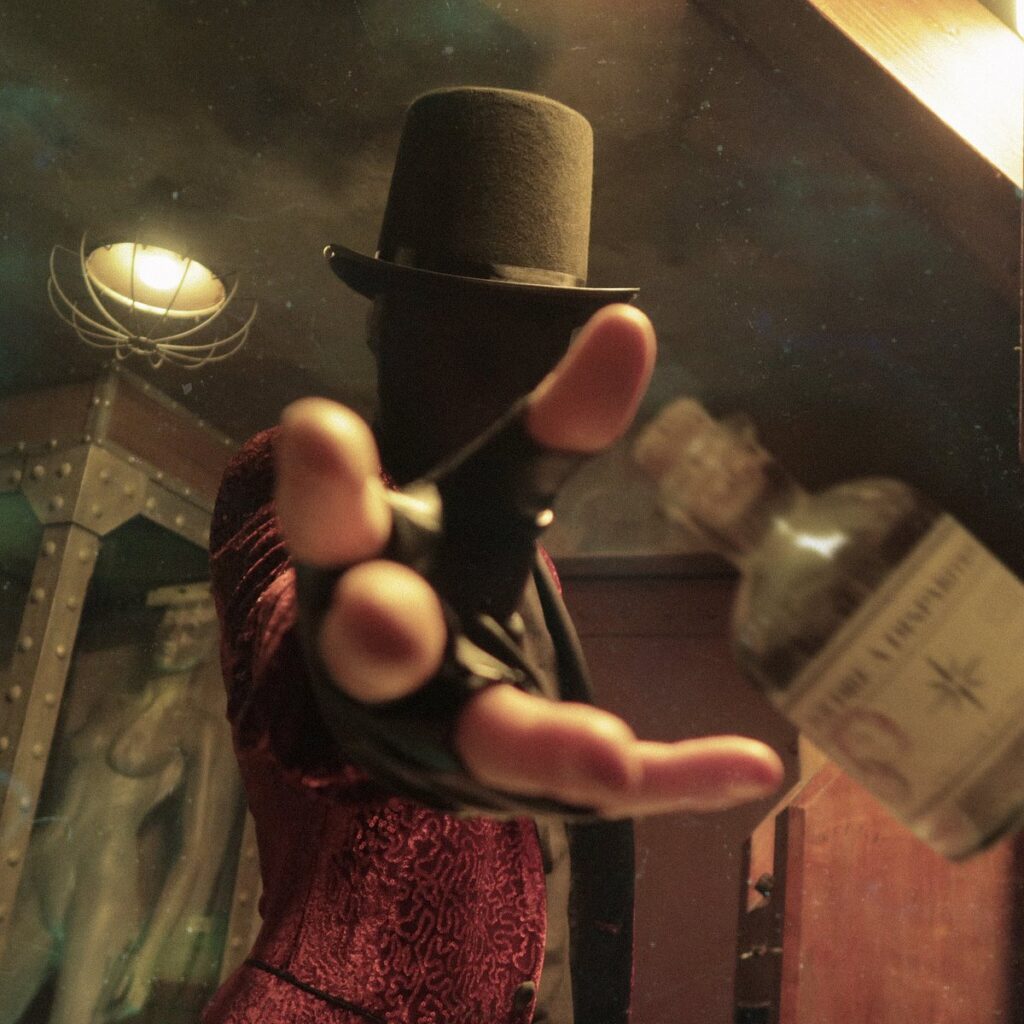 Deep Inside describes itself as the only escape room in the world located 30m underground. I’ll leave you to judge whether that claim is true, but it hints at the premise of their whole experience: that you’re entering the “City of Martyrs”, an underground haven for the underclass of Paris. I’m always drawn in by escape room venues that focus on world-building, but few have gone quite so far as this. From the moment you turn up at the bookshop, it’s clear that they’re going to do something just a little bit different and, before you know it, you’ll find yourself walking the streets of the underground city, ushered to your destination.

As you might expect, the games they offer are both set in the same world. That allows them to do something that always excites me: chaining experiences together. For the avoidance of doubt, I absolutely encourage you to take that option (described on their website as “the Full Experience”. We actually played them in reverse order, but we talked to them about how they usually link together, and I feel like it will hang together even better than our experience did.

It’s worth mentioning that the styles of the two games are very different. The Magician is closer to a traditional escape format, while the Funhouse is very much a horror game (albeit with puzzles interspersed), so bear that in mind before you book in for the pair.

The Magician of Paris

Your first mission sees you breaking into the magician’s house to steal one of his artifacts. This isn’t the sort of venue that just throws you through a door and leaves you to get on with things. No, here you first have to descend into the City of Martyrs and then get taken through this new world to your final destination.

Having arrived at the Magician’s House, the game splits into separate “acts” with some easy steps to get you warmed up before they kick off the game proper. Each act has its own distinct feeling – whether you’re ransacking his house, understanding his tricks or, well, whatever else it is that you get up to inside the game… There’s relatively little storyline, although you certainly find out a bit about the magician along the way. Instead, it’s very much a mission game, with the main goal of stealing the magician’s artifact although with clear sub-goals also appearing along the way.

I was told by a friend that the designer of this room was a lover of magic, and that certainly seems to shine through in several facets of the experience. Magic symbology abounds, but it’s in the way that the game is laid out that I really saw the magician’s touch. There’s more than a hint of showmanship in what they deliver, with the occasional drops of misdirection ahead of a final reveal. That all combines to deliver a genuine sense of theatre to the experience. I came out really feeling not just that I’d had fun but that I’d been entertained.

Throughout the experience, we encountered enjoyable puzzles. While we certainly didn’t race through the game, none of the puzzles proved a significant challenge. Instead, my joy came from their structure and how they were embedded into the experience. Indeed, a couple of the puzzles aren’t even about challenging the players so much as adding to the theatre of the room. Good puzzles extend the narrative.

If I had to pick one place where they missed the mark, it was towards the end of the experience, where the layout of the challenge left one player feeling a little out of action. That in itself wasn’t terrible – it’s not a very long period – but I think they missed a trick by not making sure the whole team was involved.

Everything is brought together into a team-based challenge at the end with a final piece of theatrics before the room reaches its conclusion and you head back to the real world or – hopefully, if you’ve heeded my advice – deeper into the City of Martyrs to continue your quest…

In contrast to their other experience, Funhouse is, at its heart, a scare game. Not entirely so, however: you’ll certainly need to solve puzzles, but they use fear and disorientation to take what would otherwise be a reasonably straightforward game and make sure teams are challenged. In fact, they throw you off balance right from the moment you’re dropped into the experience, a theme that continues throughout. I was impressed by the variety of ways they managed that, using a slew of techniques to keep you on (or off!) your toes.

One major advantage of that was that it allowed them to take some fairly standard but enjoyable puzzles and deliver something innovative. Sometimes, when you’ve played a lot of escape rooms, some puzzles can be enjoyable but repetitive. Coming up with a way to overcome that is tough, but they’ve nailed it here. As you’d expect from a game with plenty of scares, there aren’t as many puzzles, and the ones they have aren’t as complicated as they might be in a more conventional game, but we found them all to be logical and enough to keep us busy when there wasn’t something else to occupy our minds…

The City of Martyrs already feels pretty removed from the outside world even before you enter this game, but they double down on that by weaving you through the space to give a real sense of isolation. And, as if all that wasn’t enough to scare you, there’s an actor in the game who makes frequent appearances to scare and frustrate you in your escape. The actor timed their appearances well, allowing us to spend plenty of time scaring ourselves when they weren’t around and then slipping in just as we were getting comfortable.

For the finale, you have to complete one final challenge to escape from the Funhouse. It’s well constructed, delivering something that’s reasonably straightforward but under plenty of pressure and with a good sense of theatre to keep you racing for the finish line. And from there, you just have to make your final escape from the City of Martyrs and back to the circus.

Deep Inside deliver two impressive games which individually are well worth a visit but together are even stronger. The immersion throughout is a particular highlight but there are fun puzzles, plenty of memorable moments and good set decoration. We played as a three which worked very well. Definitely not an experience for two, in my opinion, but I’d happily take along a fourth player.