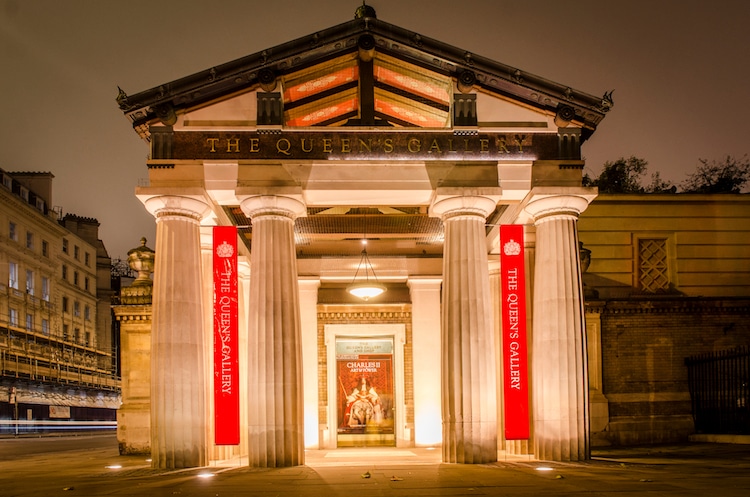 Few games can be as intriguing as Leonardo’s Artmergency: not only is it set in the Queen’s Gallery at Buckingham Palace but the props include many original works of art by Leonardo da Vinci. Yes, you read that right. Obviously, you can’t physically touch them, but these are still pieces by arguably the most famous artist ever to walk the planet. In some ways, focusing on a game when you’re in the middle of an exhibition may feel like a travesty, but I imagine they’re trying to add something a little different to their usual offerings and attract in people who might otherwise not come along. If so, it worked!

It’s worth saying, if you’re interested in playing, that it’s sold out. The good news is that they’ve already opened up an extra weekend, so it may be worth checking back periodically as it seems plausible they’ll add new dates. It’s only open until mid-October 2019, and they’re heavily limiting slots – you can only book on Friday and Saturday evenings, and there are just four start times each day. It’s £150 regardless of team size, so it’s worth thinking carefully about what you want to get out of the experience and how much you’re willing to pay before you decide how many to bring along.

Importantly, this isn’t a game designed by the gallery on its own but one created with the help of a leading escape room company in the historical sector – History Mystery. They’ve got a great reputation, not just for creating good games but for creating ones that take full advantage of history as well as treating it sensitively. I can’t think of a company that would fit the project better.

Once inside, the waiting area is impressive – a beautiful room with plenty to keep you occupied until your time arrives. Teams start every fifteen minutes, so it’s possible you’ll be sharing that space with another team if they arrive early. We were a test group and the last team of the evening, so we didn’t get to see how that worked.

It’s challenge enough to teach players how to play an escape room, but here they also had to overcome the social rules of being in an art gallery – for the first few minutes, we naturally spoke in whispers and explored far more slowly than we would in a normal room. They have dealt with that well by starting you off in a smallish space with relatively few puzzles before moving you into the more expansive parts of the gallery.

The opening puzzle, on the other hand, disappointed us greatly. There was no signposting of what we should do, which left us wandering aimlessly around the room wondering which of the many numbers on display was relevant. The second puzzle was certainly an improvement from a signposting point of view but still left us with a fair amount of ambiguity for the final answer. First impressions are critical in a game and, by the time we left the opening space, I was nervous about what lay ahead.

I needn’t have been, though, because the quality of the puzzles rapidly improved. They certainly aren’t ones that fit naturally within the game world, but that was always going to be challenging when shoehorning something into a pre-existing gallery rather than creating a dedicated space. They do, however, make extensive use of the space and theme, forcing you to look at pieces of Leonardo da Vinci’s art (as if you needed to be forced!) and pick up a few snippets about his life.

There were two parts to this game that left our group disappointed. In most spaces, it wasn’t at all clear where to start, with the consequence that the introduction to each new space was never as crisp as I’d have liked. The other thing was that the structure of the puzzles sometimes left us feeling bottlenecked. While we did take a largeish team along, it was still two below the maximum.

Being set in a gallery (and a historic building), they almost certainly weren’t allowed to modify the space so, instead, they had to have mobile units to contain most of the puzzles. That was probably the right decision, but I’d expected the game would consequently be a very low-tech affair. I was wrong. While there were still plenty of padlocks, I was pleased to see that they’d made good use of tech – not just throwing it in for the sake of it but including it to enhance the experience. I was particularly appreciative of a couple of puzzles that referenced techniques for viewing works that have faded over the years. It was clear that the designers have thought carefully about how to use not just the art and the space but also the history that surrounds the collection itself.

Something that’s really important to understand is that this game isn’t designed to be completed. You should expect to leave puzzles behind in some spaces, which I know will frustrate some players. It’s not entirely surprising – with teams playing every fifteen minutes, they can’t afford to let you race ahead, but they also can’t let you hang about. The upshot is that they have to give you enough puzzles to keep you occupied for a specific period and, if you can’t finish them all, they need to move you along. When this happened, it was a wrench to let the puzzles go. It was probably the right decision, though and, for the avoidance of doubt, they’ve designed the game to make completing the puzzles advantageous but not necessary.

There’s some hint during the experience about how the finale will work, but I liked that they didn’t make it clear until right at the end what we’d actually need to do. It was nicely balanced, requiring plenty of discussion across our team while not being extended enough to get frustrating (which is pretty important since you’re unlikely to reach it with even ten minutes left!).

I’m unlikely to ever play in quite such an impressive venue again or with such interesting props and, for that alone, this game is worth playing. In spite of the weak start, it delivered a fun experience overall and, while I felt frustrated leaving puzzles behind, I think it’s a reasonable trade-off for the restrictions of the venue.

This is an unusual experience when it comes to recommended size. You could literally ignore the game and just spend your time looking at the artwork, so you should never feel at a loose end. That said, from an escape room point of view, my feeling varies hugely. On occasion it felt like there were huge bottlenecks in the game, but most of the time it felt fine in spite of us having taken along a team of six players. Given it’s a fixed price per team, I think six players is probably a decent choice but, if you ended up with four or eight, I wouldn’t worry too much – just be prepared to check out the art if you’re ever feeling that there’s nothing for you to do (and often, checking out the art will help you in the next puzzle!)

We headed over to Wagamama’s near Victoria beforehand. You’re spoiled for choice over there, and it’s only a short walk away. As chains go, Wagamama’s is a decent choice, but there are plenty of other options.