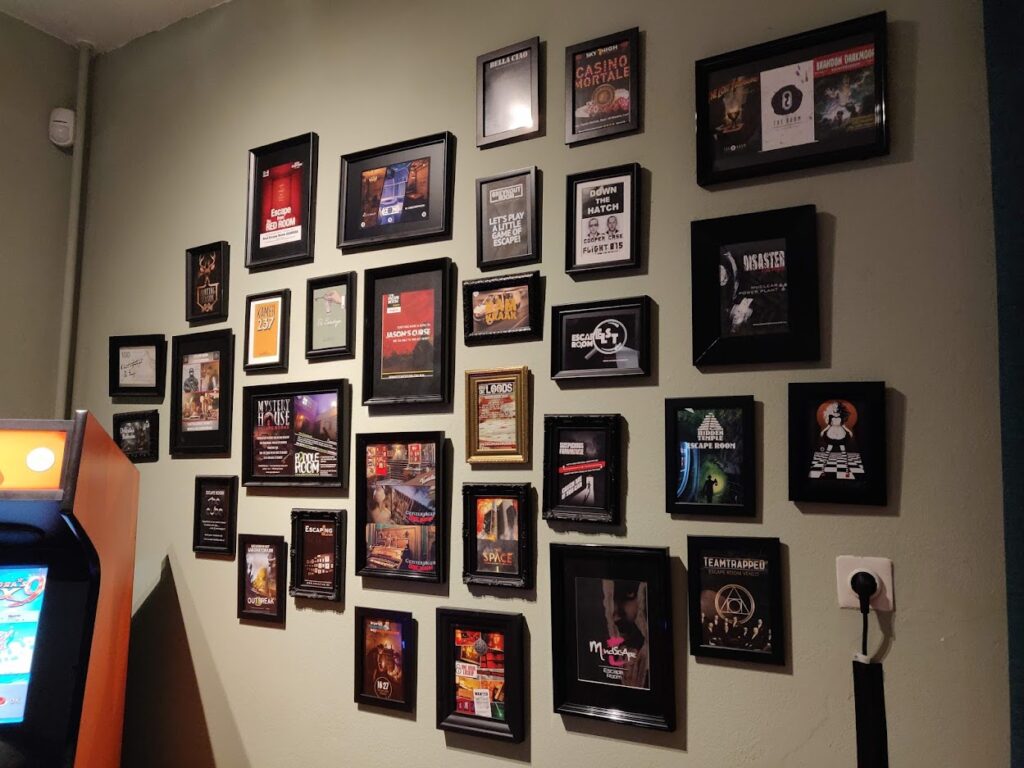 Early last year, just before lockdown kicked in across much of Europe, I took a four-day trip to the Netherlands and Belgium to play some of the best games that region has to offer. The standard is ridiculously high and, despite already having made three escape room trips to the area, we still managed to visit 10+ games that were world-class (and another ten that were merely very, very good!). COVID got in the way of publishing those reviews when I’d have liked but, as the UK opens up and trips to the Netherlands and Belgium start to become a possibility, it’s time to finally share what I found.

The beauty of the Netherlands is that it’s such a small country that, assuming you’re happy to hire a car, you can pretty much choose the games you want to play and not worry too much about whether they’re in the same location – we did a four-day loop around the whole country and, while it may not have always been leisurely, that was mainly because we wanted to pack in as many games as possible. If you’re aiming to play just three or four games a day and don’t mind driving for 30-60 minutes between them, then you shouldn’t have any problem planning a relaxed itinerary. Plus, with the opening of the new Eurostar route, you can now get from London to Amsterdam in under four hours.

The focus of this blog post is very much to help people plan a Benelux itinerary. I’ll be picking out some of the best venues across that area, covering what other games are worth playing, talking about what might make you want to skip some games (spoilers: some are scary) and pointing at a handful that I haven’t had the good fortune of playing. Yet.

Before going any further, it’s worth being clear: you ideally want to travel as a group of four people. Many games have a minimum booking of that number and, while I can’t think of any that required the full four, I really don’t think it works for a couple (even if you’re accepting of the significant expense). Note that there’s one two-player game mentioned below, the Concierge from Kamer 237. If you head there, I recommend taking four people and booking a consecutive pair of slots.

Let’s start with the map to whet your appetite. To put this in context, you could drive between the bottom left and top right in under three hours. Yes, that’s over 30 games that I’d highly recommend that are all within reasonable driving distance.

If you just came here for the edited highlights:

Beyond that, look at the map above (I recommend clicking on one of the top corner icons to see a list of games on the page). Gold are my top recommendations (covered above). Silver pins are still amazing games that would probably be the highlight on any other trip. Bronze are great games that I thoroughly enjoyed. Blue games fall into two categories – either very good games or games with the potential to be amazing but with a significant flaw that detracts from them. Make no mistake, though: even these are ones that would beat the vast majority of games that I’ve played and hundreds of others across the area. The standard in this region really is impressive.

If you’re the sort of person that wants to find out a bit more before booking, then here are articles on those escape rooms (and more!), broken down by region:

Notes to future me

Visits and reviews are, necessarily, snapshots in time. Some games didn’t fit in our itinerary, some weren’t well known when we visited, and new games have opened. These notes are primarily for my own benefit but may also point you at other games you may want to think about on your trip. If there are any clear omissions, do let me know!

And that’s a wrap. If you actually read this whole page, then well done for sticking with it. If you managed the subpages too, then… wow! I hope it proved useful.