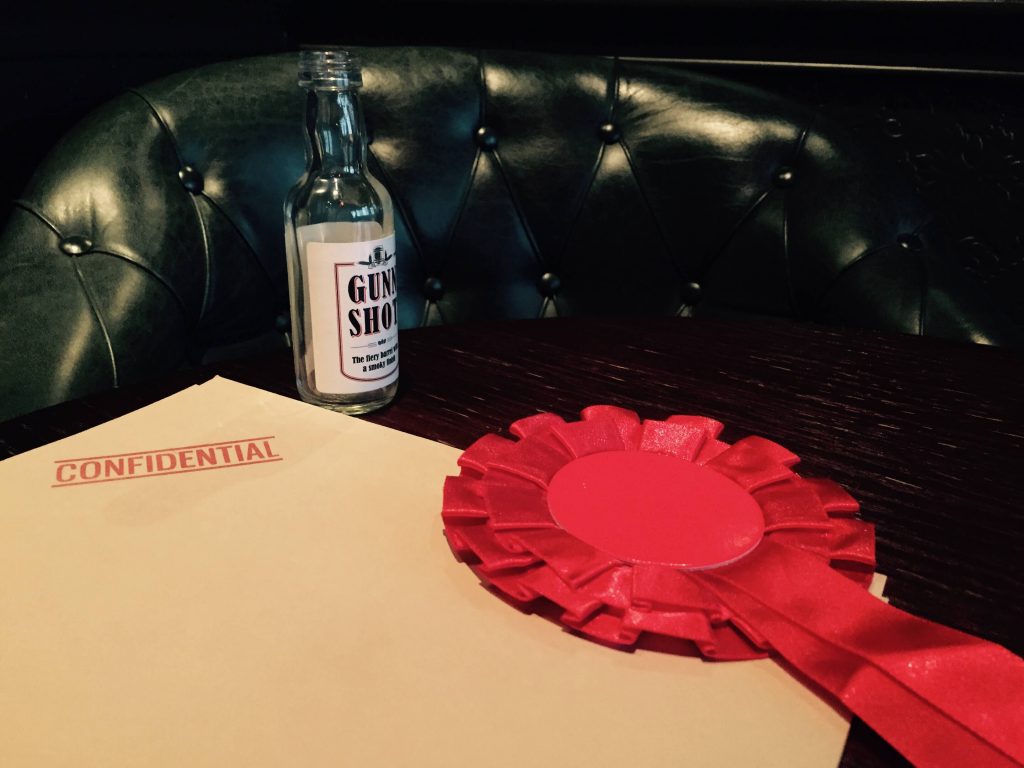 It’s no secret that I’m a big fan of A Door in a Wall events, having been to pretty much everything they’ve put on since my first taste back in 2015. With them testing out a new event this autumn, it looked like I was going to miss out till at least the new year, so it was with perfect timing that I received an invitation to take part in a one-off public performance of their private game, A Murder Most Fowl.

A Door in a Wall may be most famous for their month-long, public-ticketed murder mysteries, but they also run a private event service where, as well as creating entirely bespoke events, they offer three standard productions (four if you count their wedding game) ranging from a small-scale puzzle to something approaching their multi-venue, wander-around-an-interesting-part-of-London experiences. A Murder Most Fowl sits in the middle of those options, offering a relaxed evening of sleuthing while still leaving some time to actually chat with the other players.

This particular experience took place in Benugo’s at the BFI, where they’d booked out a couple of the private rooms, installed some actors, put out their props and laid on some canapés. As per usual with their events, we were greeted in character and given our mission along with a booklet containing the initial clues. One incredibly minor change that I found added to the experience was that this booklet was like a mini folder: perfect for keeping safe the various clues we found along the way.

The puzzle itself isn’t amazingly complex – if you follow the instructions, wander round the room and make just a basic effort, you’re likely to solve half the questions with ease. A little bit of connecting will quickly fill in the majority of the remainder, and then there’s just the one or two subtle clues that you have to discover and connect while finishing off the rest of the game. Along the way you can expect three or four character interactions, ten or so puzzles including both low- and high-tech options and a few interesting clue pieces. As with all A Door in a Wall events, you’ll need to bring along your mobile, and be warned that, if you’re struggling for signal, this game will get a little harder at times.

If you go in expecting a full-scale event, you’re going to be sorely disappointed. We were finished in well under an hour in spite of struggling for a while deciding whether something was just a red herring or had a bigger implication in the game. Even first-timers are likely to get to the bottom of things well inside the two-hour time limit. That’s fine, though – this isn’t meant as a pure gaming event but as a social experience, and in that context it works well. More than enough time to play the game without pressure and still have plenty of opportunity to chat to your colleagues/friends.

This delivers everything you’d expect of A Door in a Wall but on a smaller scale: good acting, fun puzzles and good use of hidden props and clues. If you’re looking to organise a large birthday party or corporate event or just fancy getting some friends together for a great night out, then it’s a superb option for an evening indoors that’s half game and half socialising.