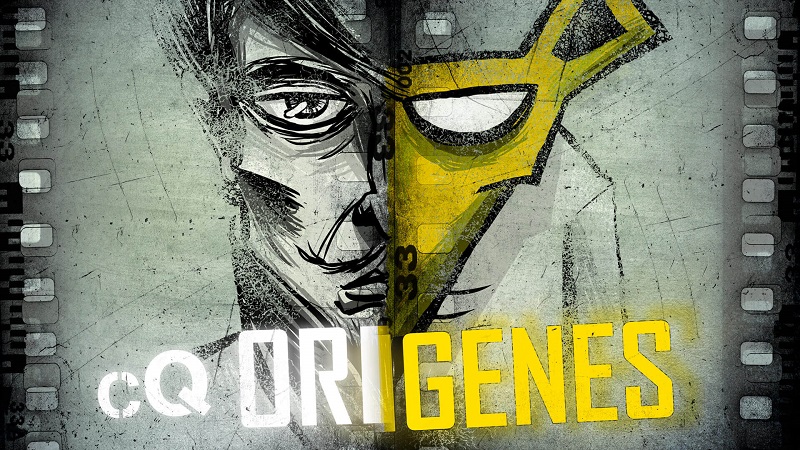 On a miserable November evening back in 2013, I made my way through a deserted industrial estate in North London wondering what I’d signed up for. Sixty minutes later and I found out just how much fun escape rooms are. clueQuest will always be special for me, but that doesn’t mean they can rest on their laurels. The industry has moved on in the past five years, and cQ:ORIGENES would have to be pretty impressive to stand out from the crowd now.

The company has expanded since that original visit, and they now have eleven rooms at their new site. It’s great to see them grow, but this was the first time that I had shown up at their venue and really felt the negative side of that growth: with eleven teams arriving at around the same time and some of the previous teams still making their way out, this felt much less personal than previous visits. Not that the staff weren’t friendly and welcoming; it’s just that, with the constant flow of players around the open-plan reception, this didn’t have the same quietness that most venues have.

Soon enough, though, we were found by our GM and taken to the ORIGENES waiting area, over in the newer part of their building. To be honest, the initial impression of the story we were told was, well, disappointing. We had to go to Mr Q’s original base and destroy some secret data he had. I’d expected better but, a short while later, it became apparent that the mundanity of that storytelling was no accident.

First impressions were good. clueQuest have created a well presented, sci-fi-ish feel to the opening of the game, and the good news is that things only improve as it progresses. This isn’t the cinematic set that some escape rooms opt for. Instead, they’ve focused on the cartoon-like world of their protagonists, which gives them a chance to really shine. Time and time again, I’d see little touches that made me smile, and I have no doubts that there were others that I missed. One example that I found particularly humorous was a reference to an aspect of the game that they’ve really focused on: getting rid of padlocks.

That leads on to another aspect of what I really enjoyed about this game: the sense of contrast throughout. The fact they’d opted to pretty much remove padlocks but had kept several four-digits codes that we had to input in different ways. The futuristic feel to some parts of the game when compared to the massively retro aspects of others. The serious spy story that was interleaved with humour. In spite of their cutesy cartoon origins, this game has more depth than your average experience. In fact, even the cartoon style they have used is a contrast, with the move from the fun and friendly imagery of previous games towards the more serious pencil-drawn lines of this game’s logo.

As hinted at above, there’s a narrative that runs through ORIGENES which, you’ll be unsurprised to hear, is an origin story. That isn’t particularly important to help you complete the game but, for me, it added to the experience – with elements of that story embedded through the puzzles. It wasn’t just the overarching story that I liked: the low-level story within the game was even more impressive. It simply made sense. Yes, there were somewhat arbitrary puzzles at times, but there were also many challenges where what you had to do made sense within the game world. In one particularly pleasing case, I was certain I could ignore a series of interactive elements in the room because it would make no sense in the story for them to be usable yet.

The puzzles often had fairly traditional-style answers, akin to four-digit combinations, but the interactions to input the solutions were much more exciting. Tech plays a heavy role in this experience, but they’ve used technology to make a compelling game rather than relying on technology to make the game compelling. In spite of that, the technology did have a negative impact on our experience, with us hitting a tech failure five minutes into the room and having to leave while they reset their systems. Failures happen, but the key thing is that they handled it smoothly and we were soon back in the game and enjoying ourselves.

In spite of all those positive comments, without a doubt it’s the puzzle quality that stood out for me in ORIGENES. There’s a fun, multi-player challenge quickly after entering the game, some enjoyable variants on simple challenges that you’ll have come across before, some much more complex puzzles that taxed our brains, and a few puzzles where the fun is not in solving them but in how you enter the solution. As with their previous experience, they’ve thrown in a gratuitous piece of tech for one of the challenges that may feel more like you’re playing a computer game than an escape room. This time round, it felt like a far more natural piece of the experience, though, and they’ve made sure more people can be involved (although, with more than the minimum group size of three, I think some people will still feel a little sidelined).

There’s a clear mission to focus on right from the start and, once that’s complete, you need only make your escape back out of Mr Q’s base. They’ve played it beautifully, with the final tough solves for completing your main mission leaving you with a quick flow of challenges to finish the game and ensure you escape on a high.

We escaped in 51 minutes without taking a clue.

cQ: ORIGENES more than lived up to clueQuest’s reputation. It’s easily my favourite of their games, with great story, decoration and puzzles. It’s rare to get to play games which both look good and are full of logical puzzles to experience; to have some humour thrown in as well was fantastic. If you’re in or near London – play this game.

We played as a three and, given we finished without a clue and with time remaining, I’d probably recommend that size of group to experienced enthusiasts. If you’re less experienced or want a more relaxing time, then there’s more than enough to keep four people occupied. If you’ve not played many games before, then I’d recommend starting with one of their earlier ones (like Plan 52 or Operation Blacksheep) – this is definitely on the harder end of the scale.