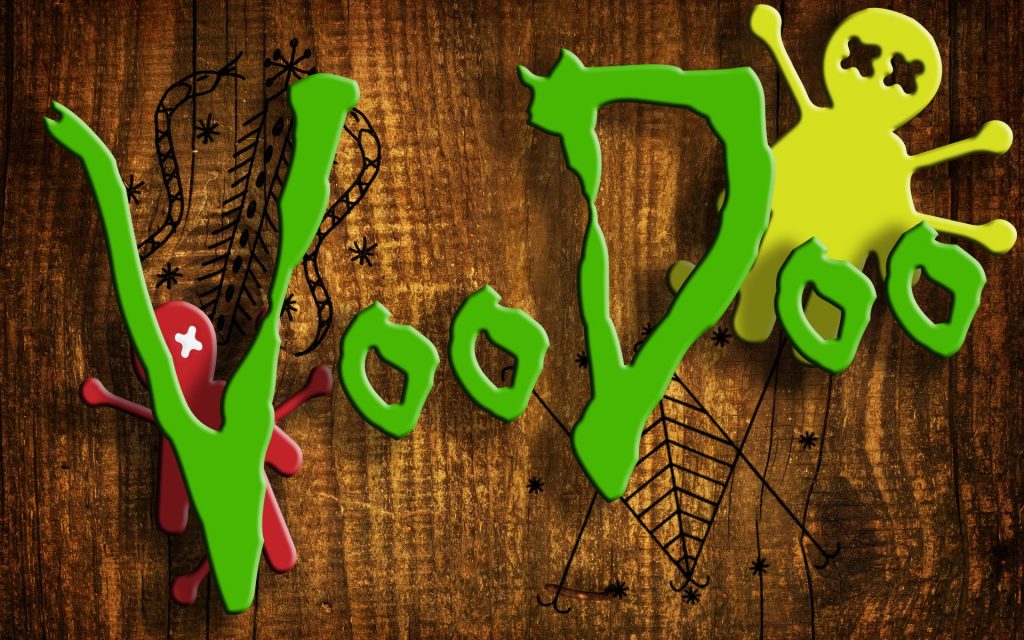 When we came out of our previous game at Enigma Rooms Sheffield, another group had arrived, so we got the chance to see our GM in action talking to a team of relative beginners. He’s a laid-back character who quickly put them at ease while still gently teasing them about what lay ahead. It’s clear he knows how to read a group and tailor the experience to what he sees.

The fact that there were two teams waiting at the same time was actually very unusual – typically they only run one game at a time but had made an exception to allow us to play both their games. While I hope they change that in the future, I think it’s testament to the kind of experience they’re trying to produce: every customer matters and they want to give them a perfect experience. If that means setting aside two hours and only running a single game, then so be it.

Your expedition has been captured by the villagers and they intend on sacrificing you all to the Voodoo King in the hope of bring back prosperity to their village. You don’t have long to free yourselves and escape!

Voodoo is a split-start game where the first order of the day is to reunite your team. Rather than being a scary split, it’s a nice gentle introduction to escape rooms, teaching you the importance of searching, communication and teamwork. I think it’s the right length of separation, keeping you apart long enough to make it matter but not so much that you feel isolated from your teammates.

Once out, you’ll get a proper look round the space, and I think you’ll be pleased with what you see. This isn’t a game that’s decorated to the max, but they’ve created something that’s pleasant to be in and that carries off the voodoo theme in a very family-friendly manner.

It’s very much a mission-oriented room, where you have to collect six tokens in order to please the gods and gain your freedom. I found that an enjoyable mechanic, both because of the physicality of the tokens and because of the sense of progress it gave us. It also allowed them to bring a little bit of ritual to the game, adding both authenticity and theatre to the experience.

Where the Bank Job had felt a little hit and miss in terms of puzzles, this was on a much more even keel. Yes, there were some that were pretty simple, but there were also plenty with more challenge that rewarded you with aha moments when you spotted the connection.

Before you enter the game, you have to select one of your players to be “the Chosen One”. It isn’t clear how this will matter beforehand but, at some point near the finale, they have to undertake a task that none of the other players can be involved in. It’s not scary, nor is it difficult but, personally, I found it a little frustrating. We were approaching the end, which should be the most exciting part of the game but, instead of feeling fully engaged, I felt a little bit sidelined – not knowing what I was meant to be doing while Mrs Logic got to play the main part. It’s not an area where there’s much to communicate either, so I think larger teams may find it particularly frustrating as they hang around. Fortunately, he was reasonably quick to clue us on that puzzle, so it didn’t get too frustrating.

In effect, that set of puzzles heralded the end of the game, which was a shame because it let things peter out slightly from what had been a strong run in the room.

Our team of two escaped with about 15 minutes remaining having had a few nudges.

Voodoo is a charming game with pretty decoration, solid puzzles, a good gameflow and some memorable moments thrown in. According to the owner, this game was created before he’d really played any escape rooms himself, something that, with its series of good design-choices, wasn’t at all obvious.

I thought this game worked particularly well for us as a pair – the split-start opening was gentle enough not to cause the initial stress that some rooms do, and it’s the sort of room where you can work together throughout and still  finish comfortably. If you can play as a pair, then I’d recommend it, but I think it will still work as a group of three or four enthusiasts.