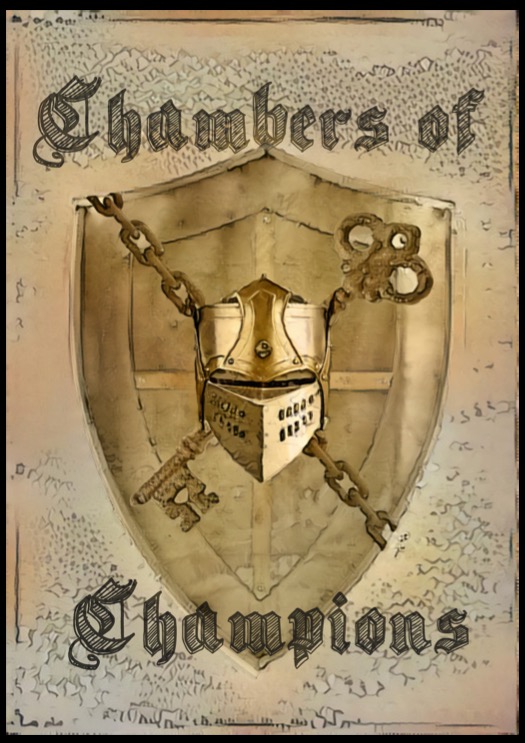 One of the things that I really like about Escape from the Room is that they don’t just stick to a single genre. Old Maid Millie, Cabin in the Woods, Enigma Express and Hex are all very different, and Chamber of Champions is no exception. While we played it as a single team, it’s set up as a versus experience, with the winning team capturing the crown. Not only that, but the separation between the teams is just a thin mesh.

With the space being relatively small, it must be an incredibly tense experience as you’re fully aware of each victory of the other team, not to mention worried about your opponents watching what you’re doing and overhearing your individual solutions.

That small space is another way in which this game is unusual. Escape rooms are usually equal parts puzzle solving and exploration, but the emphasis in this game is almost entirely on puzzling. While you’ll obviously have to explore your surroundings to discover the puzzles and how to solve them, this isn’t an expansive game. Indeed, you have access to almost every puzzle from the moment you start the game, and for many teams that will be incredibly overwhelming. Even for our very experienced team of three, it was very tempting to get distracted by the smorgasbord of puzzles in front of us. This is a game where you need to keep focus – if you start to see how to solve another puzzle, you need to be disciplined and finish off the thread that you’re on.

There’s a fantastic array of puzzles here, with something to suit just about every taste. There’s enough signposting to guide you through every one of them without clues, but they’re definitely no walkover. That, combined with the fact that puzzles were available right from the start, worked really well for us, because it meant you could gravitate towards the things we were most interested in. So often in escape rooms you see someone find a puzzle that you’d really like to work on and can’t because they’ve got there first, but I never felt that here because I could just move on to one of the other 20+ puzzles in front of me.

As a consequence, you also get a wonderful sense of achievement and progress. Before you start the game, you’re told there are 24 padlocks to solve, each with a corresponding puzzle. The basic 60-minute escape requires you to unlock just eight of them (although not just any eight – you have to solve one from each set of three). But to truly win the game and capture the crown, you’ll need to solve them all, which will likely mean booking the ninety-minute experience. Unlocking that grid of padlocks added extra excitement to the experience. Every puzzle we solved truly felt like a significant win in this game.

The open nature of the game also meant there were distinct phases to the experience. That initial exploration saw us working pretty separately, then we started to interact and talk to each other about what we’d done, and towards the end we were working closely and looking for those final inspirations. I love solving solo, and I love solving with my team, so I thoroughly enjoyed that progression.

The game comes to a simple but satisfying finish that allows you to unlock the crown and claim your place as the new ruler.

Our team of three escaped with the crown in 71 minutes without taking a clue. Given our level of experience, I’d probably suggest taking four people along, but be warned: this isn’t a big space!