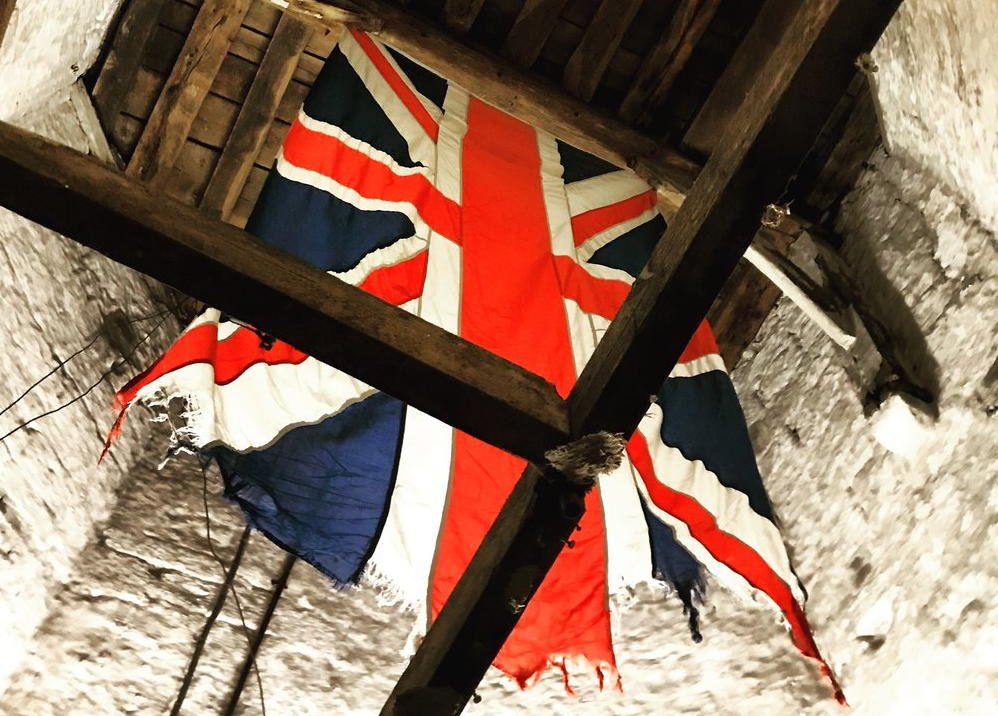 There aren’t many places where you can play an escape room in a medieval building, but Escape in the Towers certainly has that going for it. Our previous experience at the venue showed that they don’t just rely on their historic setting and can create an engaging experience that is enhanced by its surroundings. This time round we were playing a game that made significantly more use of the history of the building, with a story that saw us resurrecting the tower’s role in defending Britain against the Luftwaffe during World War II.

As before, the GM was impeccably turned out, lending additional gravitas to proceedings. It’s a slight unusual greeting, as there’s no formal reception space and, instead, they make use of the downstairs bar in the venue. In spite of it being a Saturday night, he managed to find a quiet corner of the venue, where we got our pre-game briefing before being led to the room. I have to confess that my heart dropped a little when he explained that we’d have to go outside because the game didn’t take place in the same tower as their other experience, but my disappointment was only brief as I realised that we were just using a different entrance to the building.

You can spend all the money you want on recreating a theme, but nothing is going to be quite the same as the genuine article. In truth, the raw space here isn’t that impressive, but knowing that it’s such a historic building and that it was genuinely used as a communications hub during the war made the game feel all the more real. That’s not to say they hadn’t gone to some trouble to kit it out. It’s rare for me to notice the use of lighting in a room, for example, but throughout the game I was impressed by how they’d used it to help guide the experience. There’s also a wonderful array of props to investigate, which have been carefully created to feel permanent while not actually being permanently attached to the structure.

The Comms Room isn’t a huge space – in fact it’s very much on the smaller side of escape rooms – but they’ve concentrated the puzzles into it, so you’ll get just as much gameplay as usual. In fact, it didn’t feel at all crowded and, while there were only two of us, I think with three or four it would still have felt like there was plenty of space. If you go beyond that, then be aware that, at times, you may find yourself crowding round a single piece of furniture and feeling like it’s hard to engage with the puzzle.

There’s a very strong sense of structure to the game which is hinted at but wasn’t massively emphasised during the game intro. I thoroughly enjoyed how that impacted the game once I understood the setup but, at the beginning, I found myself lost at one point because I thought I should be actively doing something when, in reality, we were waiting for the next stage to begin. I think it’s a deliberate decision to deliver a sense of theatre to the game, but it left us with some uncertainty that damaged that initial experience.

Throughout the game, there’s a secondary mission to determine who the traitor in your ranks is (don’t worry – it’s not one of the players!). That felt unnecessary to me, but I can imagine that, with a larger team, it means that everyone is always able to work on something – either solving the puzzles in your path or looking at the information you’ve gathered so far to try to work out the identity of the traitor.

What interested me about those puzzles was that often they were quietly teaching you about the kind of work that went on in the Tower during the war. This was primarily a game, but it snuck in plenty of education without ever feeling like it was doing so to the detriment of the experience. Talking to the GM after we played, it was fascinating hearing about how the space was used during the war before being abandoned and how they’d salvaged some of the original items to make the game.

The experience reaches a crescendo as you approach the final part, which sees a combination of relatively simple puzzles in a chaotic, stressful environment. For me, that worked incredibly well because of the immersion it created. Much of the game had felt relatively calm and collected, but that final stretch delivered a sense of information overload, high stress and a panic at whether we were doing everything right. One can only imagine what the real events would have been like. With four people, I think that would have been a phenomenal ending – descending into absolute chaos or turning into a well oiled machine depending on the team.

The Comms Tower is a beautifully engineered game, taking advantage of the historic structure when it can and working around the difficulties that the venue brings. It provides theatre in abundance and solid puzzling throughout. There were moments when I felt a little uncertain of how to continue, but they never lasted long. As a bonus, it managed to teach us some history, maybe even giving us a taste of what the period was like, while still feeling like a normal game.

We played as a two, which worked well, though we were kept fairly busy throughout the game. I’d happily take along a team of three or four, although I’d think twice before maxing out the room or you’ll likely find that some players feel a little excluded.