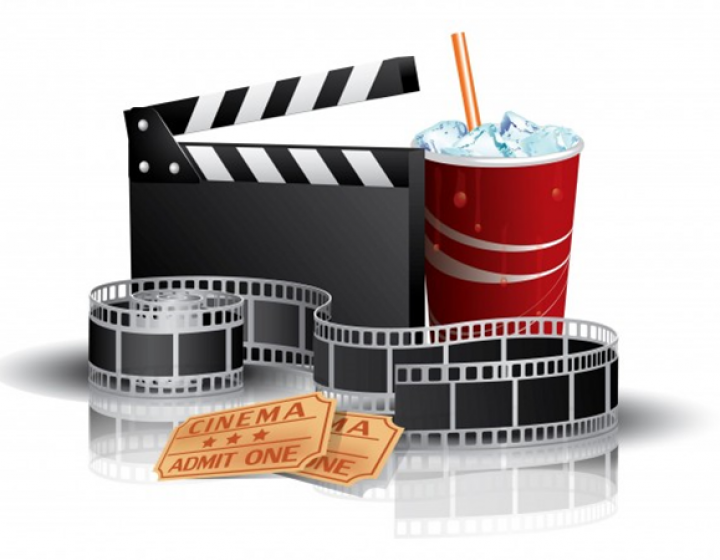 Having experienced how Exciting Escapes had stepped up their game with Silence is a Virtue, I was keen to see what Murder at the Movies would be like. It’s worth noting that, while their Portsmouth venue is relatively new, this particular game was launched elsewhere first, and so sits roughly (in terms of age) halfway between their original Southampton games and their latest addition. Compared to the fun of Southampton, they’ve got a fairly conventional entrance but, as ever with their venues, there was a welcoming and professional feel to the pre-game admin and intro.

Opening the door to the room, I was immediately transported to the world that they’ve created. While it’s a caricature to some extent, it really captures the feeling of a cinema in both the large scale and some of the minor details. Although visually it has a strong theme, this isn’t a game with a heavy story element. You know your mission from the start, and the narrative never really extends much from there. While that isn’t a big detriment to the game, I really felt there could have been a stronger story element to create some surprise and excitement during the latter stages of the experience.

The game presents the rare gem of a genuinely difficult puzzle. Sensibly, it was one that you could either solve through raw intelligence or, as we did, using a second clue that was hidden in the room. If you want to appeal to the mass market, you can’t afford to put in difficult puzzles, which means most hard games are hard either because of the sheer volume of puzzles or because some of the content is illogical. This approach felt like a much better way of making a hard room. Whether you love hard puzzles or hate them, there’s a route for you. The only downside that I can see is how you’d feel if you got that “bonus” information after solving the puzzle…

It’s worth mentioning that there are a couple of other puzzles that may put off players in this game. We got past both of them without a problem, but one required outside knowledge (although most teams will have it), and the second will be difficult to clue if you struggle (and, while I think most teams will be fine, I’m pretty sure some will struggle). Those were some of the most interesting puzzles, though, so I think they’re worth that risk. The others were all logical and fun, but they tended towards more typical escape room challenges. One aspect that surprised us was how non-linear the room was: there were puzzles which we could have solved almost immediately but didn’t finish off till right at the end of the game.

I’ve commented in reviews of the original Exciting Escapes rooms that we were often uncertain as to whether or not the final challenge was the end of the experience. I was pleased to see that they’ve made no such mistake here and there’s a clear end point to the game that signals your mission is done and it’s time to head back to the real world.

Murder at the Movies is another good offering from Exciting Escapes. The beautiful set, combined with some tougher, unusual puzzles and some good, logical challenges makes this a game that I’d recommend if you’re in the area.

Our team of two escaped in around 55 minutes with two clues. I don’t think the game is as hard as that suggests, although it’s certainly not as easy as some of their other offerings. I’d be comfortable taking in a team of three or four enthusiasts.