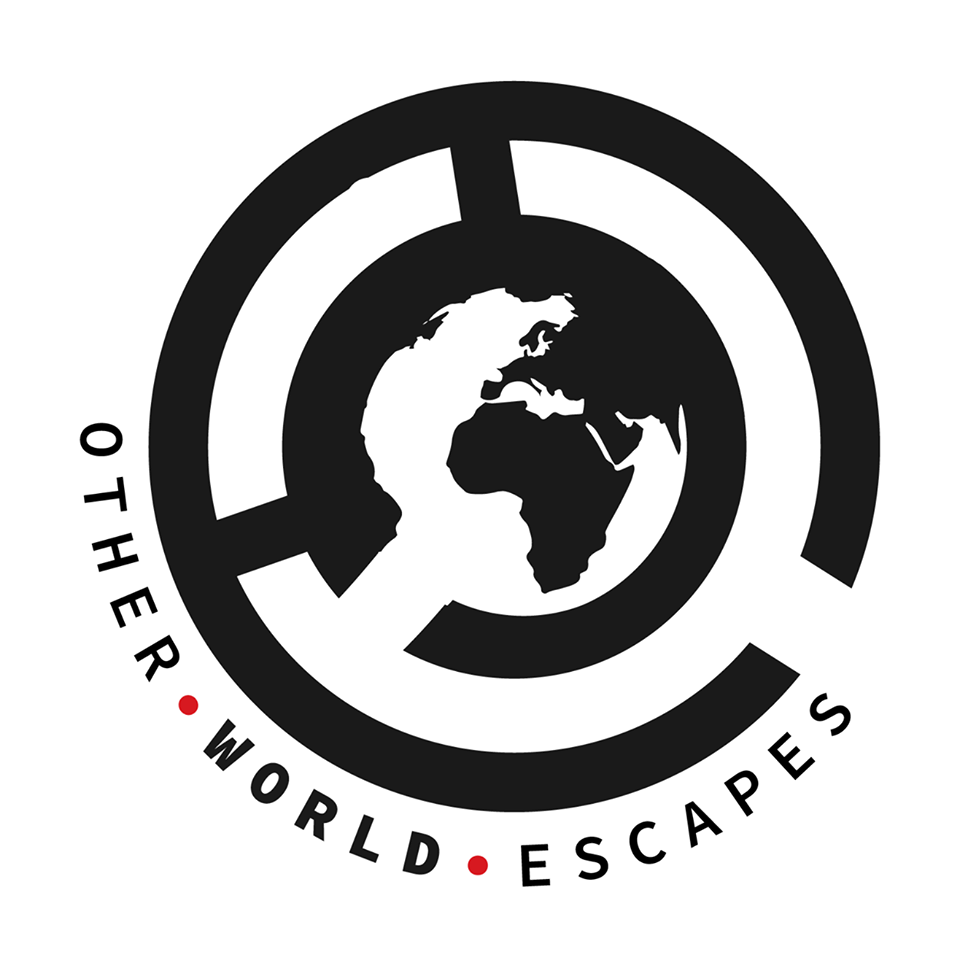 Other World Escapes opened up a couple of years ago in Southampton but, on this occasion, we were visiting their relatively new Portsmouth venue, which offers the Pub and a copy of their Vermilion game. As I drove up, the area seemed surprisingly familiar given it was my first visit. It turns out that it’s right across the road from the Real Escape – worth bearing in mind if you fancy organising a day of escaping!

Of the three games we’ve played from Other Worlds, The Pub is by far my favourite, showing a real step up in build quality, an unusual theme and my favourite puzzles. We struggled to get going in Vermilion, which never came close to the Pub in spite of high ratings from other enthusiasts – the decor was more basic, and the only exciting part of the set-up for me was the clue system.

They mentioned while we were there that they’re planning on opening several other games at this venue, so expect to see a wide variety of options in the future, hopefully including their adult soft play-themed game that some of you may recall they previously looked at crowdfunding. Exciting times!

The moment you walk into this game, you can see it’s far grander than their other experiences. Like Mayan over in Southampton, it’s got a cool centrepiece to the room, but the theming goes much further than that. That centrepiece gives an interesting geography to the space too, which they use to good effect on a couple of the puzzles. They’ve managed to capture the essence of an old-fashioned British pub, more specifically one where you might get small bands playing, and they back that up with an inventive clue system that plays on the theme. Ironically, one of my favourite parts of the decoration was some posters they’d put up on the wall. That may not sound inspiring, but you could tell they’d gone to plenty of effort and had a lot of fun creating them.

I enjoyed most of the puzzles in the Pub, which were varied albeit with maybe a little more observation/searching than I’d have liked. I enjoyed how they’d made use of some of the iconic elements of a pub, including one which really surprised me later in the game. The things that frustrated me here were relatively minor but had a significant effect on my feelings about the space – perhaps you’ll be less fussy.

Firstly, they had a lockout safe. I’m not a huge fan, but I can live with them. What is terrible, though, is when they’re associated with a clearly ambiguous puzzle. There are two possible answers but, if you choose the wrong one and mistype it at the first attempt, then you’re in an uncomfortable situation. Yes, in theory you could just get it wrong and wait for a minute, but that breaks the immersion. Next up was the use of marker pen to write out a clue across the space. I saw the use of that in Vermilion too, and it comes across as something they’ve put on quickly to work round a failure. I don’t actually think that’s the case here but, again, it takes me out of the world they’ve created – neither felt like they fitted the context.

Finally, my favourite puzzle in the game starts giving you clues early on but has a critical clue which you find later on. The only problem is that the puzzle makes sense without that clue – it just gives you the wrong answer. As a result, we got frustrated inputting a seemingly correct answer into their mechanism over and over again. By the time I got to complete the puzzle properly, I’d lost the excitement that I’d previously had about the solution.

This game has clearly been made with a bonus section for players who have time left although, from talking to the GM and owner afterwards, I believe they’re now trying to get everyone to see it. That’s definitely the right choice because, while I didn’t think the puzzles in that section were particularly exciting, it’s a great way to finish the game and it brings the story to a nice conclusion. Finally, it’s worth saying that this is a bit of a rude game – not properly offensive, but expect to encounter some swear words. Definitely not one I’d be taking my kids to!

Vermilion starts you off with a short video and what is effectively an escape room tutorial. Usually, I don’t like getting introductions in the room, but here it worked very well. The space was small, and you were unlikely to be hugely distracted during the briefing. That tutorial was a great introduction for people who’ve not played games before, while enthusiasts will be able to get through the opening puzzles and jump into the game proper with very little ado.

I was expecting great things from the set given what I’d seen in their Mayan room, but I was severely underwhelmed. The only thing of note is their animatronic clue system which they’re rightfully very proud of. I thought it was a great addition to the room but, unfortunately, it didn’t work during the first half of the game and the GM didn’t realise. In other circumstances, I think it might provide for some humorous interactions but, by the time it was back to health, the moment had been missed and it never really played an active part in our experience.

There’s a strong story to Vermilion. Indeed, there’s a narrative that runs through many of their experiences. While they do make some mention of it during the game, in truth you could entirely ignore what you find out about the Vermilion society and still play through the game quite happily. I’d love to see them making understanding a little of that story a benefit in getting you to the end of the mission.

There are a fair number of puzzles in this room, but they never felt fully integrated with it. You could have taken an entirely different generic game and placed most of the puzzles in it without an issue. That stands in marked contrast with Pub, where the puzzles went hand in hand with the theme. On top of that (and possibly related to it), I didn’t find many of the puzzles that exciting. That wasn’t helped by us missing some early easy-to-solve puzzles and instead jumping ahead to some of the challenges in the middle of the game due to some unusually effective searching on our part. As a result, we found that some of the clues could be applied to multiple padlocks and, in one case, we had a perfectly good solution that we couldn’t use till later in the game but looked like it should be usable immediately. By the midpoint of the game we were quite frustrated, with a clue system that wasn’t working and a set of puzzles that seemed at best confusing and at worst illogical.

The finale lacked any real excitement for us – we solved the final puzzle and finished our mission, but it didn’t feel like it was anything special. Looking back, I think we were unlucky with the tech failure and the confusion caused by lucky searching but, at its core, this game just wasn’t exciting. It’s a solid experience with reasonable puzzles, but the decoration is weak and the theme is unlikely to draw you in. We escaped in 45 minutes having taken a couple of clues, but I could see couples going far faster so, if you do head along, I’d stick to two people.