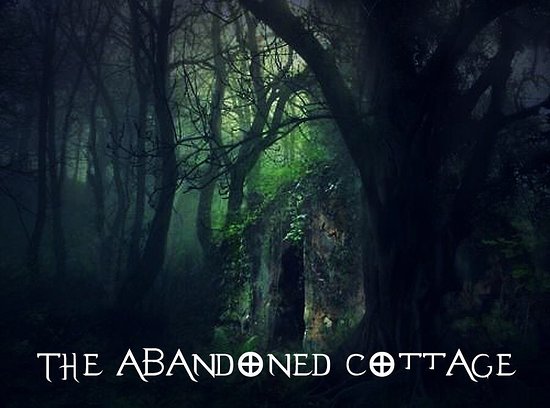 After a few minutes discussing the story and puzzles in Get Lost‘s World Fair Hotel, it was back into the fray for Witch’s Cottage. We were given our briefing out in the corridor in front of the game, where I was pleased to see they’d decorated the outside of the space to give it a rustic feel. It’s a small detail, but anything you can do to start the immersion early adds to the experience.

Having just played World’s Fair Hotel, my first impression was slightly underwhelming. In an average escape room, it would have more than done the job but, after the journey through their other experience, this start felt more like just entering an old room. It didn’t really throw me into the feeling of being in an abandoned cottage. First impressions can be misleading, though and, as we started to investigate the space, you could see attention to detail that reinforces the theme. My favourite example was tufts of straw coming in from the “thatched” cottage roof. As the game progresses, the theming strengthens, and the witchiness mentioned in the story starts to assert itself.

I’d expected the story to be very much front and central after the previous game, but this is a more subtle affair. If you just want to play the room, there’s no need to pay much attention to the narrative, but there’s enough there to bring the game together into a coherent whole. There’s a sense of purpose to the story and a corresponding sense of satisfaction when you’ve completed your mission.

In fact, that sense of mission was where I felt this game really shone. There’s a structure to the puzzles which provided a comfort blanket on the occasions when we did lose our way. They’d also reduced the reliance on searching that was so central to their first game. It wasn’t entirely gone, and it was still more than I would personally have liked, but it felt like a reasonable balance with puzzles.

While the puzzles weren’t particularly novel to me, I appreciated the way some of them had been implemented. One series of challenges which relied on two players working together was a particularly neat variant on a standard concept, and the progression through the game was a good example of teaching players an idea and then expanding on it in different ways.

The puzzles were logical from start to finish – we stumbled on a couple where we took incorrect interpretations, but in both cases it should be pretty easy to see your mistake and get back on track. Indeed, the biggest problem you’re likely to hit is having solved a puzzle to get a code but then not finding the corresponding padlock – there are a lot of them, and it’s easy to miss or forget one.

You have a clear mission from pretty early on, so there’s a sense of tension as you knock down the challenges and get close to your ultimate goal. The game ends with a bang (not literally!) to get your adrenaline rushing and create that feelgood finish all rooms should aim for.

We escaped in around 45 minutes with a few hints for search fails. Hints come over the in-room audio in a slightly ethereal voice, which worked well here.

The Abandoned Cottage is a fun and pretty game with a good puzzle structure and a subtle story running through the experience. It’s a little heavy on the search side of things and has a few too many padlocks for my liking, but there’s plenty of puzzles to get stuck into and a nice sense of exploration through the game. If you’re all about story and theming, then I think World Fair Hotel is a better choice but, if you want a better set of puzzles, then I’d opt for this game.

We played as a two and didn’t feel particularly pressured on time. I’d be more than happy to recommend that to enthusiasts, although I think you’d be fine with one or maybe two more.