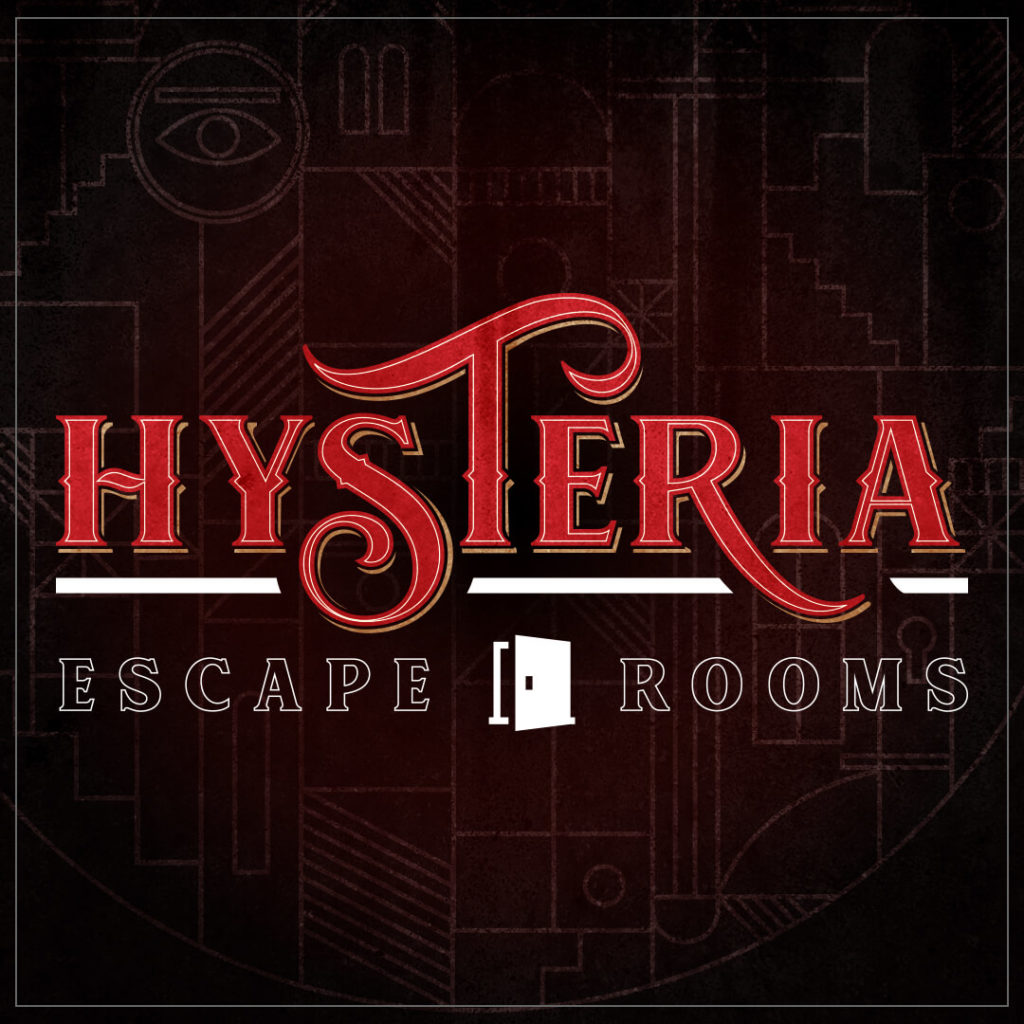 I’d heard good things about Hysteria from enthusiasts, so I was keen to head along and see what it was all about. They’ve really gone for it, opening three games in quick succession, but I think that shows commitment and allows them to really build on the customer base. It also shows a confidence in their games – they expect people to come back and play the full set.

It’s an interesting set too, with a real variety of themes on offer. There’s the magical, medieval-feeling Forgotten Realm, the gritty, challenging, futuristic Aftermath, and the charming and comfortable detective-themed Motel California. Each has its own character, each its own style of decoration, and I think each will appeal to a different group of people. Perhaps that’s the critical point: this isn’t a big town, so they’re creating games that will pull in a different crowd and gambling on them wanting to come back for more. A gamble that, judging by our experience, will pay off.

Something I love about the venue is the way the rooms leak out into the waiting area. There’s a real sense of anticipation before you go into each game with a taste of the decoration available before you’re inside. Not only that, but I couldn’t help but look across at the other doors longingly, wondering what was behind them, and I’m sure plenty of other players do the same.

Our favourite game was Motel California but, if you’re looking for something challenging, then I think Aftermath will do the job. We didn’t hit it off so well with Forgotten Realm, but it was still a fun experience in probably the prettiest of the three games.

We’d been told Aftermath was a tough room, and that turned out to be true. Almost from the beginning of the game we were struggling with the puzzles. Sometimes it takes a while to get round the designers’ mindset, so perhaps as our first game at the venue that was the reason, but I can’t help but think those opening puzzles were harder than you’d expect at the start of a game. I feel sorry for first-timers who get thrown in at the deep end!

The post-apocalyptic setting allows the game to be relatively bare while still conveying the theme. Where the other two games at this venue were a real pleasure to spend time in, this gave a very different impression. It squeezed together laboratory, military and government into one environment. This isn’t a relaxing space but somewhere that feels more stressful, arguably adding to the overall immersion of the game.

With the relatively bare feeling to it, I was expecting a low-tech affair, but it became apparent as the game moved on that this is mostly, if not entirely, automated. That gave a great responsiveness to the experience. There was one moment where the tech was a little too finickity, with the result that a lock didn’t open when we solved a puzzle, but the GM encouraged us to jiggle one of the props and all was quickly well again. That wasn’t terrible, but it did take some of the excitement away from a fun solve.

Puzzles tended towards the observation-based. Yes, there were some that you had to work out, but where we fell down the most was just in trying to see what was right in front of us. The upshot of that was often feeling less satisfaction when we solved a puzzle but just as much (if not more) frustration when we got stuck. The good news (or possibly bad depending on how you look at it!) is that there were lots of puzzles to get through so, even if there’s a bias towards observation-based puzzles and relatively little that felt challenging, it was still more than enough to keep us busy.

I found the finale slightly frustrating, with a slightly mean twist that could leave you wasting precious time. In a game that’s at the upper end of their difficulty level, that felt particularly harsh. On the other hand, it did mean that the adrenaline was coursing through our veins when we finally made our escape with just a couple of minutes remaining.

Perhaps it’s unfair, but I generally think that games with beds in them turn out not to be very good. Maybe it’s because they feel like wasted space, or perhaps it’s the frustration of having to search them. Either way, I had concerns about what Motel California would be like before I even set foot in the room, and it was definitely the game that I was least looking forward to.

Bedrooms also tend not to be particularly interesting from a decoration point of view – a bed, a wardrobe and a dresser is about as much you can expect. Something about this room hooked me, though. I don’t know whether it was the background audio, the almost perfect caricature of a motel room or the delightfully gaudy 1960s feel to it. It managed to be both entirely familiar and alien at the same time, with the result that I felt comfortable spending time there but also intrigued.

The story centres around your search for the loot left by a bank-robbing couple who were once holed up at the motel. I was surprised to find that, as the game progressed, we got to see a little more about one of the characters. It’s not particularly important to the game, but that extra colour was welcome and made the character feel more human.

The puzzles were reasonable, but there were some search elements that bordered on the cruel and may cause frustration. A couple required a real attention to detail to realise what we were searching for and, even once we knew, we still struggled. Another search felt like it would have been impossible without a hint (but fortunately, experience from other escape rooms meant we could bypass the hard part of the search). Go in with the mindset that you may need to take a clue on those searches and I think you’ll be fine. There are some nice interactions while solving those puzzles – one was a use of tech that felt very natural in the room, and the other was some humour thrown in near the end of the game.

The experience wraps up in pretty much the only way it could, but I was pleased to see they’d gone for something that created a bit more theatre than in most other games with a similar ending that I’ve played (not to mention looking good for the camera!). Our team of two escaped with around ten minutes remaining. Personally, I think a group of three is about right for this room. On one hand, there are some tough searches but, on the other, it’s not the biggest space, so I don’t think you’d want to fill it more than necessary.

If I had to pick the most family-friendly room at the venue, Forgotten Realm would be my go-to option. It’s an intriguing magical space with a medieval feel. It’s packed full of props, which means that it really looks the part, although you’ll also have to contend with a few more red herrings than in the other games. They’ve further cemented the theme by actively incorporating a character into the story in a way that feels natural (don’t worry, there’s no live actor!).

The story sees you trying to break a curse that’s settled over the realm. While it was introduced well, I didn’t really feel it figured in the rest of the game. Fortunately, there’s a clear mission driving you onwards.

We struggled more with the puzzles in this room than I’d expected, needing help on a handful of occasions. Most of that was on our lack of observation, but the puzzle content in this game definitely felt the weakest of the three rooms. In particular, we quite often weren’t really sure what puzzle we were meant to be working on and, with so many props in the game, whenever we got stuck there was a temptation to perform another inventory of the space to see if we’d overlooked anything.

The game sees you pursuing a particular mission, and they brought the experience to a fitting conclusion with us lifting the curse. While it wasn’t a particularly complicated puzzle, I liked the theatre of the ending, which was the way this game deserved to finish.