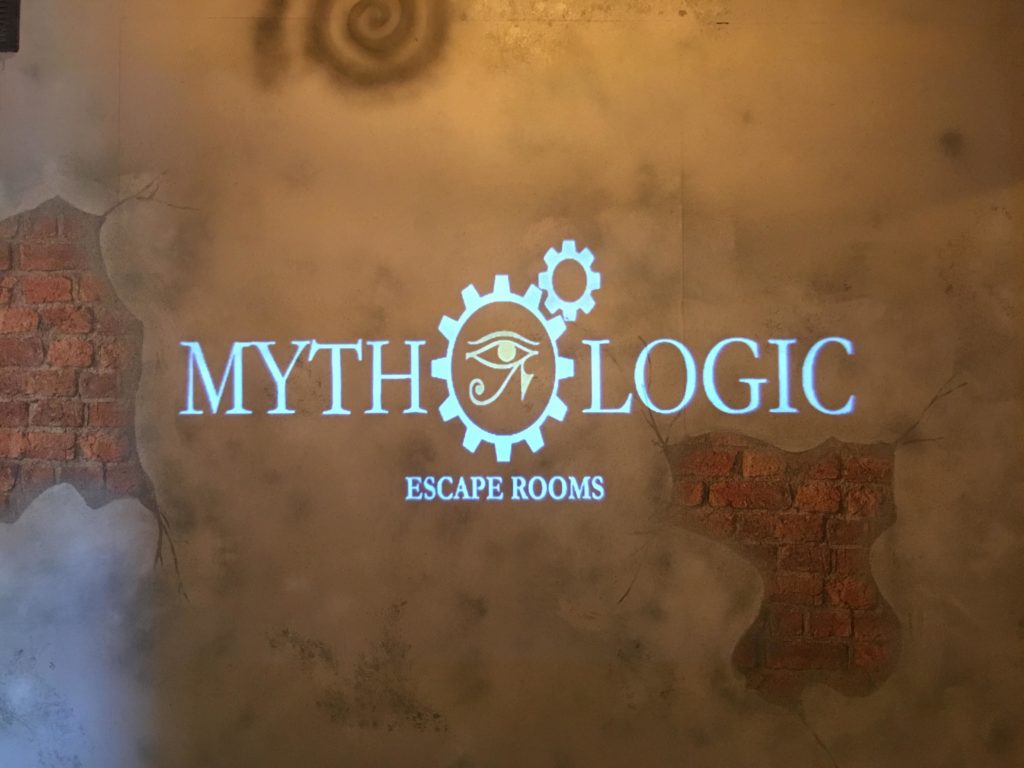 Kent is a high-quality escape room market with plenty of excellent experiences spread across the county. Opening a new escape room anywhere these days is tough, but Kent has to be the toughest area of the UK to do so. That gives me confidence in new locations, though: if they’ve done any market research, then they’re unlikely to open a weak room. And it’s pretty clear that Mythologic have done their research, because they were enthusiasts before they were owners.

That enthusiasm shines out in The Game and Hypnos, both of which are fun rooms, albeit with quite different styles. While I’d happily recommend either experience, I’d choose The Game over Hypnos. It’s got more interesting decoration and a little more silliness to it, and we found it had good flow. Hypnos has a more interesting opening from my point of view, as well as slightly more difficult puzzles.

We played both games as a team of three, which worked well for us. Experienced enthusiasts should be able to complete them as a pair, and four would probably be OK too, particularly in The Game.

The Game is heavily based on Jumanji, a theme that I’ve encountered in escape rooms on multiple occasions but never well done. The good news is that Mythologic manages to deliver the theme successfully. How? Well, three key things: theming, good use of tech and delivering a sense of adventure.

First up, they’ve created a pretty space that captures the key elements of Jumanji (and more!). Obviously, if you know the story, there’s some macro-scale theming as you might expect, but I also took pleasure in some of the details. In particular, I appreciated one small prop which was thematic but also carried a bit of humour into the game.

They make use of the theme extensively in the challenges, both as props to help with solutions and in the actions you take. Although some of the puzzles in The Game give you solutions for padlocks, there’s one key part of the experience which is entirely automated, and I just don’t think you could get the same feeling if you’d shoehorned padlocks in its place. As well as adding variety to the room interactions, it increased the immersion by making the solutions fit naturally within the game world. For me, it’s a great example of where a designer has seen the benefits that tech can offer without throwing out the simplicity of padlocks.

Finally, there’s a real sense of being taken on an adventure. There’s a good transition to the game world, and you are then taken through the story in a way that helps you feel that you’re following the Jumanji journey faithfully.

I enjoyed most of the puzzles in this experience, but enthusiasts are unlikely to encounter anything particularly novel. Weaker areas included some hard-to-hear audio that we eventually worked out after a few tries, and a series of search quests that weren’t particularly hard but didn’t fit as well with the game as I’d have liked and also felt a bit repetitive. Still, there are enough good puzzles to get you through those minor dips.

The one thing that lets this game down for me is the lack of a crisp finish. We were left uncertain as to whether we’d actually completed the room. It certainly seemed like we’d done the last puzzle, but it would be great to have some sort of fanfare moment to ensure that the game finishes on a high.

Having played The Game, I went into Hypnos with a very clear idea of Mythologic’s style, so it was a bit of a shock when I was greeted by a more spartan space this time around. In retrospect, that makes sense – this serial-killer game doesn’t require the more extravagant decoration of the other room and makes up for that with a certain minimalist elegance to what it delivers.

What did impress me, though, was the starting sequence of puzzles. It’s worth mentioning that you begin handcuffed in this room. I usually find that games with handcuffs have quite similar starts, because being restrained means you have very few options about how to proceed. In this case, there were some tough, yet still very logical, challenges to get you moving so you could interact with the full room.

That quality of challenge wasn’t just at the start. I found what they’d created later in the experience to be at a similar level, being both more unusual than in The Game and also – and perhaps partly as a consequence – more engaging.

That continued into the endgame, where they ramp up the pressure with some tougher challenges. At that stage in games there are often few props left unused, so it’s easy to spot how to solve those final puzzles, but here we really needed to put our thinking caps on to make progress, which resulted in a greater sense of accomplishment as we foiled Hypnos’ plot.