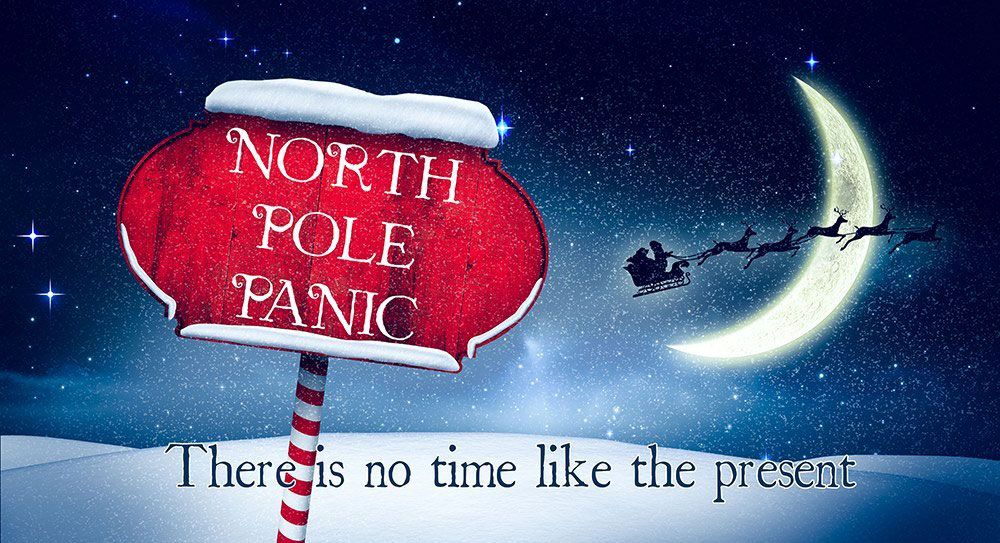 The Panic Room is one of the best-loved escape room companies in the UK, but most of the attention is directed at its HQ in Gravesend. Up on the other side of the Thames, in the town of Harlow, is a second location that rarely gets a mention. After opening back in 2016, things have been a bit quiet, but they’ve recently started to make noise, with a new game opening a few months ago and two set for the new year. This time, though, we were here to play their Christmas game, North Pole Panic.

There’s a relatively simple concept to this experience: presents have been erroneously locked up, and you’re tasked with unlocking them so that you can get them to their rightful recipients. The basic target is to unlock the six presents for “Nice” children, and the harder goal is to unlock the “Naughty” presents too, bringing the total to twelve.

If you’re approaching this game as a Christmas popup, then they’ve done a good job with the set. There’s basic decoration to the walls, a pretty Christmas scene and a few props scattered around. It’s not a hugely immersive environment but, for a short-term game, it’s hard to justify more. The one disappointment was with what was underfoot. They’d made the effort to lay down some wooden flooring, but it was incredibly loose to the point that it slipped and could easily be lifted if you thought there might be something hidden beneath (spoiler: there isn’t).

The vast majority of the action centres around the twelve presents you need to open, and I found that took away one major aspect of escape rooms for me: I didn’t feel there was much sense of exploration or journey to the experience. That’s not to say there aren’t any surprises: they’ve thrown in a couple of good reveals at the middle and end of the game, which made things a little more interesting than just solving a series of puzzles. One in particular was a fun touch for the children.

We got off to a very slow start as we tried to get our head around how the game worked but, once we’d got the hang of things, we got into a rhythm. Puzzle levels varied from trivially easy to medium difficulty. As you’d expect with a family-friendly room, there’s nothing that’s truly tough, but we particularly appreciated that there were some puzzles that you could break down into parts and then offload the final stages to the children. If you’re willing to take the time to help them, I think there’s plenty for younger kids to have fun with here.

In spite of the game looking like it’s got twelve parallel challenges, they’ve set things up so that they control the order in which you do some of them. That allows them to create a finish where the team all come together for the final couple of solves. What more could you want at Christmastime?

Our group of four (two adults and two children aged 9 and 11) finished in just under forty minutes without clues. If it’s just enthusiasts, I’d recommend coming as a two or a three, but why not share the fun and take children or first-time players?