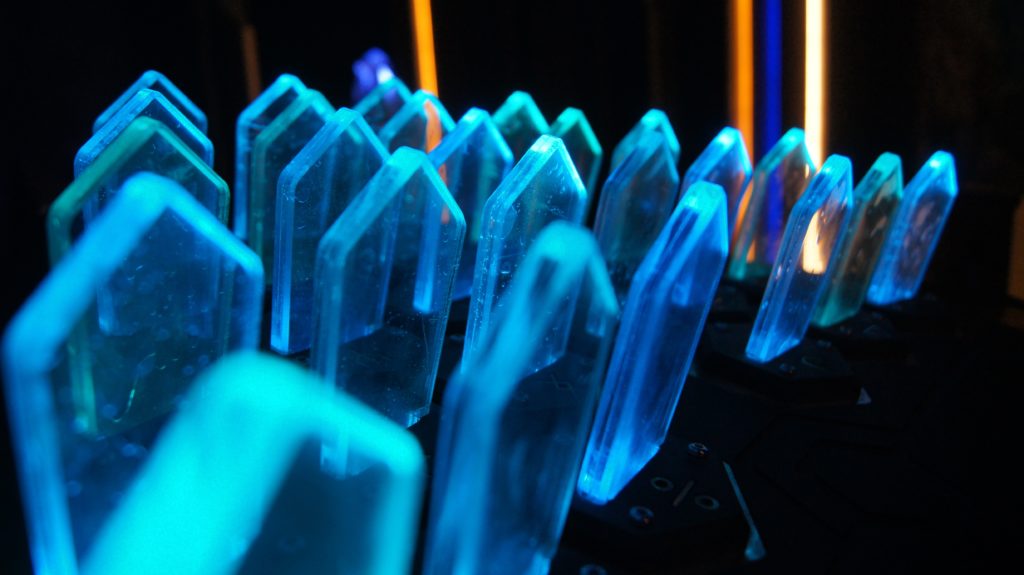 This is part of a series of articles on games in Paris – click here for the introduction and links to all the other articles.

Majestic Escape Game aim for a cinematic experience.  Their intro made it clear that we were as much starring in an adventure as we were playing a game. That’s in contrast to the laid-back feel to the venue, which is way more relaxed than an adventure has any right to be. The quality is clear right from the start, though, with a well-presented reception and a bank of cinema seats that are emblematic of their vision.

Interestingly, they provide clues via a smartwatch. I was dubious about that because it seemed a bit of a gimmick, but it never got in the way, and the only negative that I could see was a risk that the player with the watch might have been greedy with the clues. That wasn’t an issue for us, but it does seem a fundamental flaw with the approach. Our watch actually ran out of battery halfway through, but they had a smooth method for replacing it that meant it didn’t affect our mission.

As soon as we crossed the threshold, I had a feeling that this would be a good game. There’s a beautiful set that flows through the experience and was fun to explore. It’s not easy to create an undersea theme, but they’ve done a good job with a combination of the lighting and wall design/decoration. As the game continued, I really enjoyed the sense of exploration they delivered, with nooks and corners providing intrigue and a genuine sense of joy every time I had to make the journey across the game space.

That sense of exploration and discovery extended to the puzzles. This isn’t a game where you should look for instructions about what you’re meant to do. Instead, you need to take an inventory of the clues and props in front of you and then work out how you can use them together. At times that felt slightly frustrating but, when the penny dropped and we worked out what they wanted us to do, it delivered a huge sense of satisfaction. When we did discover the correct solution, we were pretty much always confident that we’d got it right – the solutions were elegant.

In spite of those occasional feelings of frustration, I thoroughly enjoyed the puzzles here. I loved how much we needed to communicate as a team and how often the solutions were created from the discussions between us, with each player contributing their part. The quality of the puzzles wasn’t just in the core idea but in the implementation too. There were fun objects to interact with and, when we inputted the correct solution, there was good user feedback so that we knew we’d got things right. In the end, we only needed a single clue (for an observation failure), which suggests that they’ve got the difficulty level about right for enthusiasts.

The game finishes with a series of tough puzzles that can be solved in any order and leaves you with the goal of the game in your hands. Ironically, that was the one place where I felt the user feedback was a little weak. We were reasonably sure the game was over, but that final object left us with a little doubt in the back of our minds. Not enough to spoil the sense of victory but enough to take the edge off it slightly.

Atlantis is a beautiful game with a magnificent sense of discovery and some cool centrepieces. If you’re the sort of player that wants clear instructions on how to proceed, then I think you’ll be frustrated but, if you like to explore and hypotheses, then I think this game will be right up your street.

We played as a team of three and got out reasonably comfortably. For me, that was a good number, but I wouldn’t worry too much about a group of four. Note that, at the time of writing, I believe it’s physically impossible to solve one of the puzzles with fewer than three people.