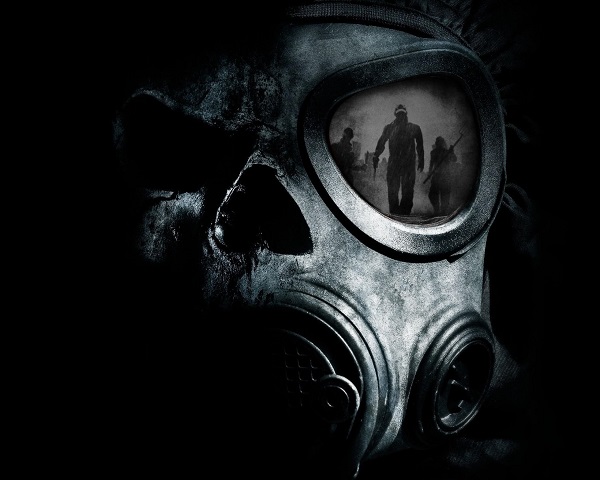 After escaping from Project Breakout’s newest game, we had a short break in their waiting space before heading straight back inside to face Project Z, a post-apocalyptic zombie game that was the second game they created.

You are in the midst of a Zombie Apocalypse. By chance you’ve found yourself locked in an underground bunker owned by a secret Government organisation, but the scientist in charge of the keys ventured outside some time ago to assess the situation and never returned.

The hordes of Zombies have begun to descend on the room, and your food and water supplies are exhausted. Suddenly your 2 way radio crackles into life. A rescue chopper has discovered your whereabouts and is on its way to rescue you, but they will only have one attempt to land before the Zombies overwhelm them.

Estimated time of arrival is in 60 minutes. Can you find a way out of the room before the chopper is forced to leave, or worse, find yourself overcome by the undead army waiting outside?

Considering we were four floors up, I was pretty impressed that they’d managed to capture the bunker vibe pretty well. It felt like some sort of nuclear shelter with its solid construction, limited space, stark furnishings and muted colours. Transitioning into a game and getting the players to leave behind the real world is a difficult thing, but this start helped massively with that. As the game progressed, that effect continued with small touches to help drive home the “prepper” theme.

This isn’t a cutting-edge game – expect to see fairly conventional locks and puzzles – but what it does deliver, it delivers well. That’s not to say that it’s all traditional – there were a couple of more innovative puzzles hiding in there which helped to elevate the experience – but it’s not likely to blow you away.

Clues come via walkie-talkie, and I was pleased to find that they made use of that same mechanism to add a little more immersion to the experience. Those non-clue interactions helped to add a little tension and remind us that this wasn’t a puzzle room: we were on a mission. They also took advantage of their remote, fourth-floor location to good effect – I’ll leave you to guess how…

The ending felt a little flat, with us simply solving one final puzzle to open the exit door. If they could have jazzed that up by getting a call from the helicopter or perhaps made the final puzzle relate to how the helicopter would pick us up, I think this would really have rounded off the experience well.

We escaped in a little under forty minutes (I think).

This is a game that’s very much in the traditional style of escape rooms. If you’ve not played many, I think you’ll have a great time – what they’ve chosen to do is well executed. If you’ve got more experience then I think you’ll have fun but feel like it could do with a couple more high moments to really add excitement.

We had a team of four, which was probably an enthusiast too many. Less experienced players will probably be fine with that size of group.