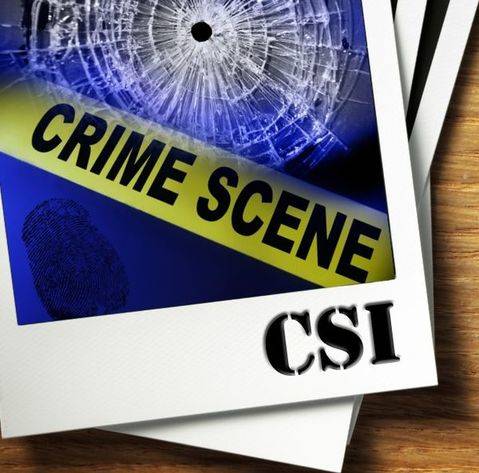 Having just come out of Trapped In‘s Interstellar on a high, I had mixed feelings about moving on to CSI. I’d heard from friends that it wasn’t as good, and I generally find the murder mystery aspects of CSI-style games a little disappointing. Fortunately, we had a short breather between games, so we didn’t just jump straight into our second one. Instead, we took that chance to have a sit-down in their decent-sized waiting space (although I’m not sure whether it’s big enough for the potentially six teams!), where they have puzzles laid out to keep you occupied.

It’s worth flagging here that both CSI and Interstellar are present on the Isle of Man, so be warned if you’ve ever played an escape room over there.

The scene is set in a swanky London apartment. You and your crack team of private detectives have been granted access to the crime scene. Beware though, your friend on the police force has only managed to get you 1 hour exclusive access, after which time the local constabulary will return and boot you out. All you can see is a chalk outline of a body. But who was killed, and more importantly who was the murderer?

Ah! I remember one of the other reasons why I’m not a big fan of CSI games: they’re often set in fairly mundane surroundings, as was the case here. This was pretty much IKEA Central and looked, well, not very different from an average living room. It’s a very practical way to build an escape room (not least because it’s easy to replace or repair if something breaks!), but part of the fun of playing these games is that you get taken away from everyday life, and here we didn’t. Having said that, it was spacious and in pretty good repair, and it had struck that balance between being unnaturally bare and packed full of red herrings. Definitely above average for a murder scene in an apartment.

The background is given to you in the room by the GM but is expanded upon in an interesting way throughout the game. It felt like they gave us just enough information to get a feel for the storyline and then reinforced it as we solved the puzzles so that, by the end, we had a clear picture of what had happened.

This felt to me like an old-fashioned room, with most of the puzzles layered on top rather than integrated with the theme. Having said that, they did become a little more integrated with the murder investigation as the game progressed. In fact, the storyline led itself a little to someone arbitrarily locking up things in their house, so perhaps that initial stage can be forgiven to some extent. All three of us were kept busy throughout – there were plenty of puzzles, and it wasn’t until the very end that it felt we were forced onto a single track.

The finale was a solid way to end the game, although it relied on a clue that was easy to miss, and the hint they gave us pointed in the wrong direction. There was also an aspect of it unrelated to the gameplay that I really didn’t like. Most people won’t even think about it, but it felt like an unnecessary (and quite probably unthinking) choice that left me with a bad taste at the end of the experience.

We escaped with a minute or two remaining having had around four clues. Their clue system is particularly nice – they can either dispense clues to you or you can ask for them but, either way, you press a button before the clue becomes visible, which means that you never feel they’re dominating the game.

This was a fun game that, while never really wowing me, kept me entertained for most of the hour with a decent variety of puzzles. It’s not one that I’d get you to travel far to play but, if you were, say, visiting Bury to play Interstellar, it’s worth staying a little longer to check it out.

We played with three. I’d probably suggest four enthusiasts would be optimal – they’d still have plenty to be getting on with, and the parallelisation of the puzzles would work in their favour. I’d have no worries about taking six beginners. There is one place where there’s a physical bottleneck, but it’s not a major part of the game, so I’d expect it to be fine.