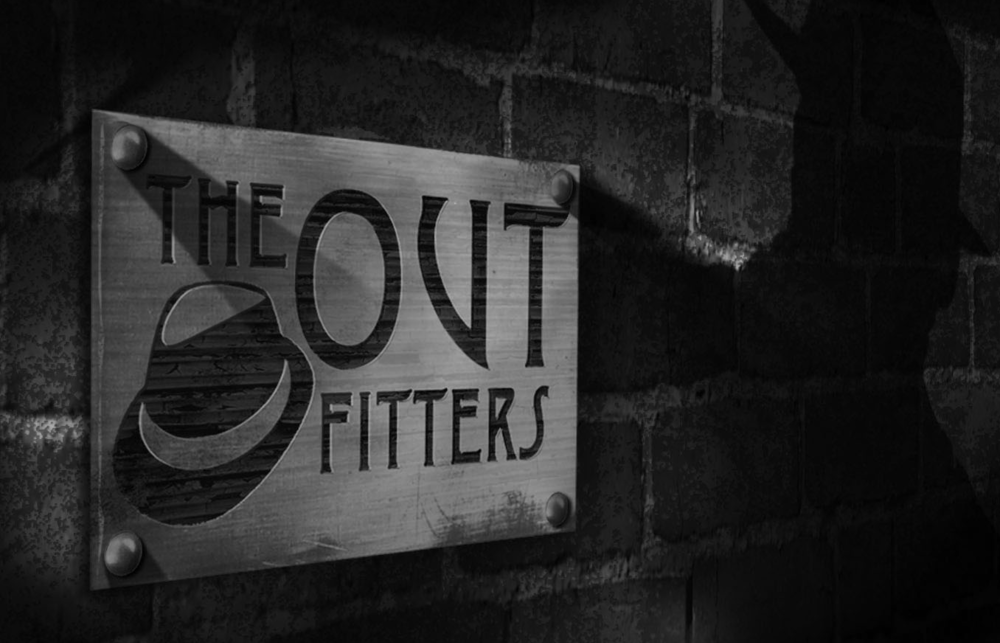 Tulleys Escape is part of Tulleys Farm, a family-friendly activity centre that is famed for – but not defined by – its Shocktober Fest scare attraction. I have to confess to assuming when I first heard about them that their games would have dark and scary themes, but they’ve opted for options with much wider appeal.

Unsurprisingly, they’re located out in the countryside and, while you can get there on foot or by public transport, it’s definitely a car journey kind of place. Parking was easy, and we were soon being greeted by the owner, Stuart, in the beautifully decorated waiting area. It’s clear they’ve got big plans here, because there’s plenty of space for four teams to wait simultaneously, and they’ve invested heavily to make it both comfortable and inviting. Indeed, that level of investment was clear throughout the experience. This isn’t a tentative step into a new area for them: they’ve decided to really go for it and – spoiler! – it’s paid off.

First up on our escape schedule was the Outfitters, a Prohibition-themed game. We had a brief intro from the GM, but the main source of information came from a video briefing where they explained the mission and the rules of the game in a humorous but still on-theme kind of way.

It’s 1926 here in Chicago, and depression is still rife. Jobs are few and far between and the Prohibition has been in force for six years now. Everyone still drinks, nothin’ has changed. But now the mob control the streets, the supply and the money. The influence of the Outfit is far reaching. Most of the cops are even under their control. Who can put them in the joint? You can, that’s who.

The Commissioner has put together a special task force of straight, trusted cops and you’re on the team. You’ve spent the last few months infiltrating their network and now tonight is the night to get the evidence you need to put them away forever. But it won’t be easy, and you might not make it out alive.

First impressions in this room could be deceiving. As you’d expect from a game recreating a small shop in the 1920s, it wasn’t the most glamorous in the world. Look a little closer, though, and you’ll see that they’ve gone to a lot of trouble to create a compelling set with good attention to detail. There was enough to keep us investigating but certainly not to the point of confusing us with red herrings. Looking back, the start is perfect for teaching new players how to play an escape room. You have to search, observe and solve in equal measures and, while the puzzles didn’t hold us up for very long, they did use those core escape room skills that would be required later in the game.

As we progressed further into the experience, I started to realise that my initial impression of a shallow, straightforward game was entirely wrong. While the quality of the set remained (and probably improved slightly), the rest of the experience just kept improving. The sense of exploration was a real highlight for me, with more to discover than in almost any “normal” game I’ve come across. Most rooms I’ve played are just a connected set of themed spaces. Here, on the other hand, those spaces felt like part of a more coherent whole where the physical journey through the game really added to the story.

I say ‘added to the story’, but I felt that the lack of a good story was probably the only real weakness in the game. While in theory there was a mission (getting evidence against the mob), I never felt engaged in it, and I certainly don’t remember running out of the exit door with the smoking gun. Perhaps finding the speakeasy was meant to be enough but, for me, they could have added a bit more depth to that part of the game.

While this wasn’t ever likely to be the jaw-dropping set that a pirate game, temple or spaceship might be, it was solidly constructed and had a reasonable variety of props and furniture to make up for the lack of highlights. They’d hooked up electronics along the way to power the games, but they’d generally hidden them away well enough to avoid jarring the experience. There were two exceptions to that: The first was a very deliberate design decision to make something visually more appealing. While I found it a bit garish in what was otherwise quite a sombre room, I think it’s very much a personal taste thing, and I can see other people not even noticing (or even enjoying) its inclusion. The other, while hidden away, was much more disappointing to me because it felt like they’d taken something that absolutely didn’t fit in the 1920s world and had made no effort to camouflage it. In other escape rooms, I would probably not have noticed, but they’d gone to so much effort with the rest of the game that it really grated.

The puzzles were the aspect I had most concerns about before playing, but my fears were unfounded. There might not have been anything that blew me away but there was a decent variety on offer and they ramped up in quality throughout the game. I’d have liked to see more by way of physical puzzles – while there were some with physical interactions which provided good additions to the game, I felt like it just lacked a little on the “skill” challenge side of things.

For me it felt a fairly linear game but, chatting to our sister team afterwards, we came to the realisation that you could solve the puzzles in a slightly different order, causing it to become a far more open game than we had experienced. There’s nothing fundamentally wrong with that, but it did mean that their game was significantly more complex than ours – at any given point we had a smaller amount of information to access and consequently found it easier to find the solutions.

The final puzzles fitted well with the theme and provided a welcome and unusual ending. My only concern is that it wasn’t always obvious in that finale which puzzles we had all the information for and which were still unavailable. As a result, we spent a fair amount of time searching the room for entirely the wrong thing. With such an expansive game, that was a particularly painful endeavour which took the edge off that endgame. Overall though, a strong ending.

We escaped in 43 minutes with a solitary clue to help us with a search fail.

I was extremely dubious as to whether Tulleys could deliver a good escape room experience. Yes, they had the background in set design and event hosting from their other experiences, but could they deliver the puzzles and – critically, – the puzzle flow to go with them?

The answer is a resounding “yes”. There’s a gentle introduction to help novices find their feet, followed by a long run of tough but logical challenges to keep you going. The game looks good and the physical layout adds to the experience. The only real weakness is the story and mission, which I felt could have been just a little more tangible.

This is one of those games that I think will be reasonably challenging for enthusiasts while still being accessible for beginners – we took along four people and were still kept reasonably busy. It’s probably worth taking along one or two extra if you’re a novice team, while enthusiasts could get away with just three for a slightly more pressured time.

We didn’t have lunch here, but we did stop off for a slice of cake in the farm tea shop. It’s a spacious building with plenty of seating and a decent-looking menu, so I could well imagine people booking in for a couple of games and having a relaxed lunch in the middle. I can’t help you with lunch recommendations, but I can tell you that both the Victoria sponge and the carrot cake were excellent. Not that I had both. Heaven forbid…