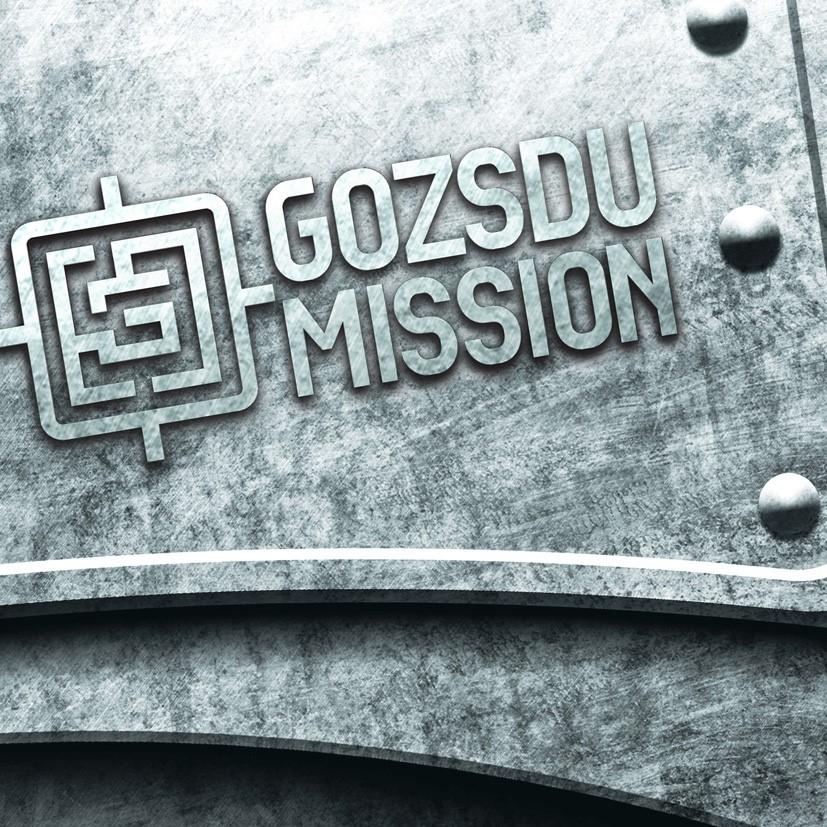 One of the better venues in Budapest, Gozsdu Mission sits near the centre of the Jewish quarter. The venue itself is in the basement beneath a Tapas bar – part of an under-cover strip of bars and eateries. The games on offer range from the 60-minute Prison Mission to the 90-minute White Mission. I played the latter, which was a really fun voyage of discovery as we slowly unlocked the secrets of the room, and the intermediate Maffia Mission, a quality game with a nominal length of 75 minutes.

I’m pretty confident that there’s only one host per team here, which is less of a worry for enthusiasts but a big issue if this is your first game. In particular, I heard the other team ring the clue bell while we were being given our intro, which means they would have had to wait a couple of minutes while we got going. Fortunately, the intros are pretty short!

This is one of those rare games where there’s no background.  Can you escape from an empty room? The key is right in front of you all the time, but you can get it only if you solve the mystery of the strange room and discover what an empty room can hide…

OK. They weren’t kidding: it’s a white room. Before you get too excited, though, this isn’t some sort of futuristic spaceship with invisible joins and a smooth white wall, but rather an IKEA-made white space. However, it most certainly is mysterious and requiring of exploration. Considering how different it is to any other room I’ve played, it was still very accessible, and within seconds we were starting to unravel the first few puzzles. That, coupled with the intro from the game host, meant we’d soon found our feet in the room and had a clear view of what we had to do to escape.

There are lots of nice touches in this game. In fact, the first one is apparent as soon as you cross the threshold: you can see your means of escape from the moment you enter the room. You just have to work out how to make use of it! This isn’t a huge room – a team of five might find themselves cramped (and they allow up to seven!), but it does make an incredibly good use of the space available. Having lots of puzzles dotted round the room meant that we were rarely tripping over each other, and it wasn’t until we’d really whittled the puzzles down near the end that we all started having to work on the same ones. While it’s a 90 minute game, we escape in under an hour and I’d expect most enthusiasts to do similarly well (or even better).

The puzzles themselves range from the ridiculously simple to the fairly complicated, and along the way you’ll be tackling visual, mathematical and spatial puzzles, with a considerable amount of physical interaction involved. There’s even some searching in the game, although it’s inevitably of a slightly different variety to your usual rooms. Some of those puzzles were genuinely hard, and there were several satisfying “aha!” moments where we finally worked out what we had to do to progress in the room.

What really made this game fun for me was that we had a clear measure of progress: you’re aware from the start that there’s a central strand of puzzles to solve in order to exit the room and, while there are ancillary puzzles along the way, that gives some structure to the solving process.

I really enjoyed this game. I go on and on about loving a good story and about how enchanted I am by pretty sets but, when it comes down to it, a big part of this hobby is the joy of solving puzzles. The set may not have been pretty but, ironically given it was a white room, it was interesting. It turned out that a complete absence of story was far better than a story that was entirely irrelevant or inconsistent with the puzzles. The flow of the game meant we rarely felt bored, and its clear structure gave us a sense of progress that made this a truly enjoyable experience. Above all else, though, it was different. A room that was as plain as plain could be turned out to be one of the most interesting I’ve played.

Having walked out of White Mission a few minutes earlier, it was quite a transition to walk into a Mafia Don’s study. Where that had been bare and simple, this was luxurious, with wooden flooring and the kind of décor that you might expect in a wealthy criminal’s room. It took us a little longer to work it out this time, but it soon became apparent that there was a clear structure to this game too, where we’d have to solve a set of open puzzles before getting to what looked likely to be a more linear finale. That’s always felt like the best sort of room to me – let people approach the puzzles separately, giving everyone a chance to crack one on their own and then, as they are slowly ticked off, bring the group together so they can solve those last few tricky puzzles and experience the endgame together.

There was plenty of searching to do in this room, with some reasonably tough hides and, disappointingly, a bookcase packed with books.  I’ve said it on many occasions and I will repeat it now: Don’t put large numbers of books into your room! Most of it was much more fun than that, though, and even the books weren’t too frustrating once you got going. Something I quite liked about the puzzles here was that they’d woven them into the fabric of the room. It wasn’t a case of collecting together a sequence of clues and using them: often, the clue formed part of the room itself. Add to that puzzles that were scattered evenly across the (reasonably large) space and there was a constant feeling of activity in the room as we kept moving back and forth across the room. Although it wasn’t a big deal for us, others may find the frequent use of riddles (as in cryptic clues to words) frustrating.

The highlight of the room is undoubtedly the finale, where they have built up the tension nicely and balanced the room such that you’re almost certain to feel under pressure timewise when you reach that stage. In spite of feeling that sense of panic, we escaped in 55 minutes with a couple of clues for search fails.

I didn’t play Prison Mission, but Mrs Logic did during a separate visit to Budapest and said that it was a solid – albeit relatively easy – logical room.