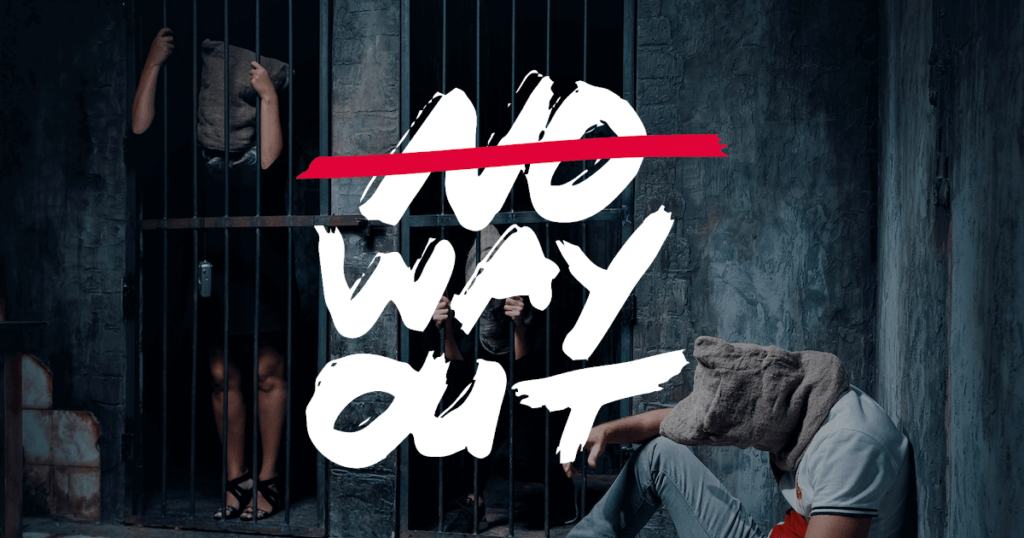 This is part of a series of articles on games in Vienna – a link will be added here when the summary article is published at the end.

No Way Out is a modern-looking venue in the centre of Vienna with a selection of games (correction: designed in), I believe, Russia. I played three while I was visiting, and I’d suggest that, if you’re looking to play 10+ games in the city, it’s worth adding a couple of their experiences to your list.

I enjoyed School of Magic and, while it’s well short of being the best game in the city, it’s a fun hour, especially if you’re a Harry Potter fan. Da Vinci turned out to be the same as the one at London Escaped but, fortunately for me, it’s a split game and I got to start on the other side. It’s a good experience (and better than the London one!), although it’s possible for some players to be almost entirely left out of the game. Belvedere just wasn’t complete when we played, in spite of being open for public bookings. It started off strong, but there were too many places where things didn’t work because of elements that they were planning on adding later, and the final section of the game didn’t flow at all. It would be low down my play list based on what we saw, but I’d recommend looking for other more recent reviews if you’re considering it.

School of Magic has a high-quality set which makes great use of the space available to it. Throughout the experience, I was always excited to see what would come next, and I was never disappointed – the quality of decor didn’t falter as the game progressed. Indeed, at times I felt they’d put a bit too much effort into decorating spaces that we spent very little time in. The theming is very much focused on the decoration. Don’t expect any exciting twists or embellishments of the plot. The other place where the theming was evident was in the theatre of how you solved puzzles. It’s always fun in a magic game if you feel like you’re actually performing some magic.

The opening puzzle in this game felt problematic. We were blocked for a while and, when we did find the solution, didn’t understand why it worked. Talking to other players, that feeling wasn’t unique to our team. The solution was something pretty obvious to try, but there was clear signposting in the room that pointed at something entirely different. We eventually got past that part, but it was a weak first impression.

To be honest, the puzzles didn’t generally stand out overall. In spite of us not requiring clues, I often felt like it wasn’t very clear what we were meant to be doing. In fact, finding a puzzle was usually the biggest part of a challenge. A couple were downright weak, with the worst offender being something a bit like quiz questions, with audio that was so poor we just had to guess at some of the answers. Worse still, in that particular space, they were the only interactions we had, so it particularly stood out.

The mission of School of Magic is to protect the philosopher’s stone by hiding it in the wizarding school. The game ends as soon as that’s done, but it’s not immediately obvious, and I was expecting us to have to solve a final puzzle to make our escape. Clearer player feedback via audio and/or video, or even just the door popping open, would have made a far crisper ending to the game.

Our team of two escaped the room in forty-five minutes without clues. It felt like we’d gone at a reasonable pace – we were lucky on a couple of occasions to breeze through puzzles – so, while I think enthusiasts will be fine as a pair, I don’t think it will be easy. The game is pretty linear, though, so probably best to avoid a large group.

Belvedere has an exciting start, with an unusual setting that gives a real sense of opulence to proceedings. This was a high-end setting for a high-end game, and that opening view made me excited about what lay ahead. You’re set the task of breaking into a museum and stealing a painting, with the twist that you need to make sure you don’t accidentally bring out a forgery. I liked that story and was pleased that the game reflected it with clear stages that we went through to reach our ultimate goal. This game really delivered a sense of exploration.

That level of quality was present in later stages, but it wasn’t consistent. A significant proportion of the game felt like it was lacking detail and, talking to one of the owners, it was clear that several elements of the room hadn’t been completed before opening.

From a puzzle point of view, it was a similar story. At the beginning, there were fun, meaty, tactile puzzles that engaged me. They weren’t perfect (again, partly because the room wasn’t finished), but they made sense. This was truly a game of two halves – later in the experience, the challenges felt more confused, and we were all too often trying things with hope rather than confidence. One of the better-produced puzzles at that stage made no sense in the game, either from the puzzle or the prop perspective, and really felt like they’d just taken a puzzle out of a catalogue and shoehorned it into the experience.

Nothing summed up this game better than the finale. Going in, there was a clear mission, and we were expecting a thematic puzzle to finish the game, but that final challenge felt unfinished, and we left uncertain as to whether we’d missed something and taken the wrong painting. This resulted in me being reluctant to leave the room – perhaps there was one more puzzle to solve that would make everything clear. Alas, there wasn’t.

I’ve already reviewed this game from when I visited London Escaped. Broadly, it was the same experience but with better GM-ing and without the ghost puzzle. One word of warning: we ended up letting some of our players get sidelined for much of the game. This isn’t necessary so, if you find not everyone’s being included, make sure you ask for a clue to get things back on track…

That’s all on No Way Out – want to read more about other local games? A link will be added here when the summary article is published at the end.