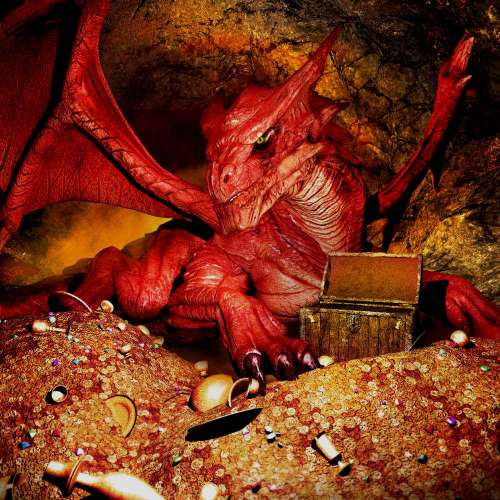 Having spent a very enjoyable five days in Vienna in 2017, I was excited at the prospect of heading back as part of a new project I’m working on. During the trip, I met up with some enthusiasts and a couple of owners from Austria before we headed over to Open the Door to play their most recent game, Dragon Cave.

It’s based in one of those beautiful old buildings that abound in Vienna, giving a grandeur to the occasion that you rarely get in UK venues. They’ve got three games, of which the one we were playing seems to be regarded as the best.  Two of those are adjacent to their small waiting area, while the third (the game we were playing) is in an entirely separate part of the building. That was presumably part of an expansion because the games were proving successful.

Once your eyes have grown accustomed to the slightly dim lighting, there’s a pretty set to behold, which continues throughout the game. This felt a little homemade at times – but in a charming rather than disappointing way – and the theming varied with each space in a way that held my interest from start to finish. And, of course, there’s plenty of dragon imagery. As I explored the space, I was impressed by the transitions they’d engineered: this was far more interesting than your average game where you just open a few doors to escape.

It’s a split-start game where one member of the team is singled out for special treatment. The areas are not very separate and it’s not for very long, but I liked what they’d done with the challenges to get the team back together. They’ve made it relatively straightforward but in a way that could easily expose some of the frailties of your teamwork and maybe make you think carefully about how you need to work together rather than just in parallel to get out of an escape room.

I enjoyed the puzzles and mechanisms in this game. They aren’t afraid to use locks at Open the Door but, critically, they use them in interesting ways. Here, that primarily meant sourcing unusual locks that rarely left us confused about where to use a code or key. Equally, they’re comfortable with tech, and several of the puzzles use electronics to create magic effects in the room.

There are a couple of physical puzzles in the game, one of which was a really gratuitous addition and didn’t fit with the theme. I think the owners here know what they’re doing, though: it’s the sort of puzzle that everyone wants to take part in, so perhaps they’ve made a deliberate decision to sacrifice a little immersion in the name of maximising the fun in the room. In fact, they’ve rarely missed the mark on fun, with only a couple of moments that I felt were non-intuitive. In one case, there was an action that we did but where I felt there was a lack of direction explaining why we should do it. In the other case, we missed a key piece of feedback when we performed a specific action and then got utterly stuck. Generally, that would have been fine – we’d just have repeated the action – but there were two things that happened simultaneously, which meant we didn’t feel the need to repeat. Clear in-game feedback is critical to prevent players missing an important reveal.

There was a fun finale to this game. It wasn’t the most complex ending but it was thematic, and we were certain not only that it was the right solution but, even better, that it would represent the end of the game. Crisp finishes to a game are really important to make sure that you go out on a high. This game nailed that.

Our team of five finished with twenty of our seventy minutes remaining, having taken a single clue. This room would be doable by three people, but I think my recommendation would be for four enthusiasts.

That’s all on Open the Door – want to read more about Vienna’s games? Click here to head back to the main Vienna page