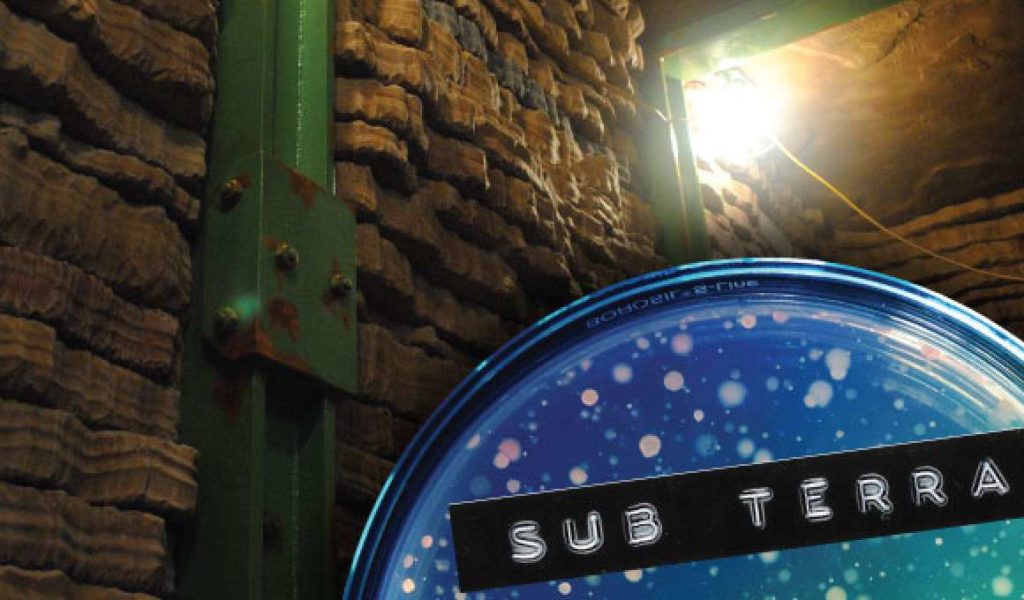 Co-Decode burst onto the escape room scene almost two years ago with a fantastic game full of intricate mechanisms. It’s no surprise then that it’s taken a while for their second game to appear. This time round, they’ve moved away from the archaeological theme of their first room but stuck with the subterranean, creating an experience that sees you head down to the depths of the earth to uncover a conspiracy in an abandoned mine.

Last time round, they required you to choose a difficulty level before entering the game but, on this occasion, they’ve taken what I think is a better option of giving you a main goal and then four bonus paths.

Sub Terra isn’t a huge room, but it’s visually much more impressive than their first experience. They’ve managed to capture not just the underground feel of the theme but the industrial and scientific sides as well. To be honest, I’m happy if escape rooms just manage to make a pretty caricature of a space, but here they’ve managed to pull the different elements that make up the theme and weave them into a coherent room.

That coherence is also apparent in the puzzles they’ve produced. Once again, they’ve come up with some engaging challenges that truly take advantage of the theme. Puzzles often feel layered on top of an escape room, but here they felt far more natural, not just involving the theme but at times adding to the story as well. I was particularly impressed with how they’d taken what, at their heart, were standard types of puzzle and enhanced them into something much more impressive. A fantastic example of that was something that was in effect a jigsaw but about as far from that core idea as you could imagine.

Finding where to start in the game was probably our biggest challenge, with lots of potential puzzles on offer. Once we got going, though, we didn’t seem to lose momentum until our time in the room was up. A room that we’d originally assumed was broadly linear quickly turned out to be quite parallelisable and, with bonus paths on offer, there was plenty to keep us occupied in the game. The downside of that, partly because of the puzzle structure and partly because of the layout of the room, is that larger groups may find that some team members miss out on significant parts of the game – literally not seeing a series of puzzles until after they’ve been completed.

Their first game was famous for the intricate and beautiful mechanisms in their puzzles. I was guilty of assuming this one would be more of the same, but they’ve built on that foundation (don’t worry – it’s still there!) by adding some impressive electronics, not to mention a more elaborate set design, all of which has allowed them to have a really good breadth of challenges. Whatever your skills and preference, I think you’ll find something you like here, although there are also a couple of puzzles that I think will frustrate a small percentage of players. The good news is that they’re on the bonus tracks, so they won’t stop you escaping the room.

The story’s a little more elaborate than you might imagine for a game set in a mine, and I love how they’ve subtly built on that throughout the experience. The timing mechanism, the puzzles you solve to reach your main goal and the bonus puzzles all help towards building the immersion. This is the sort of game that I love talking to the owners about afterwards, because there are plenty of small details that are easy to miss in your rush to finish the puzzles.

Because of the bonus structure, this game doesn’t have a finale in quite the same way as a typical experience. If you’re an enthusiast, you’re likely to make your escape well before the sixty minutes are up and then be working on the bonus puzzles as the seconds tick down. For us, that worked well – we came to the end of a bonus puzzle just as the time was about to finish, which gave us an adrenaline-fuelled finale. For other teams, I can imagine them running out of time halfway through a challenge. We were allowed back into the room to finish the one challenge we had outstanding, but I’m not sure if that’s standard and, if not, some teams may feel frustrated at unfinished puzzles that they’ve had to abandon.

Our team of two completed three out of the four bonus challenges. We’d gone a little too gently through the rest of the experience and ran out of road for that final bonus.

Sub Terra is a fantastic game bringing together great puzzles, impressive engineering, a beautiful set and an interesting storyline. It’s a game that’s well worth travelling to Swindon for and, if you haven’t already played their first experience (Professor Dunstan and the Search for the Ancient Statuette), you should head down there and play both of them as soon as you can.

We played as a pair, and I fully expect experienced enthusiasts to complete the game, without clues, with that team size, but you will need to be focused. If you want a more relaxed experience, then I’d recommend taking along three or even four. Go much beyond that, and be warned that there are parts of the game where you may find things a little crowded (although the bonus puzzles mean you’ll likely never feel bored!)