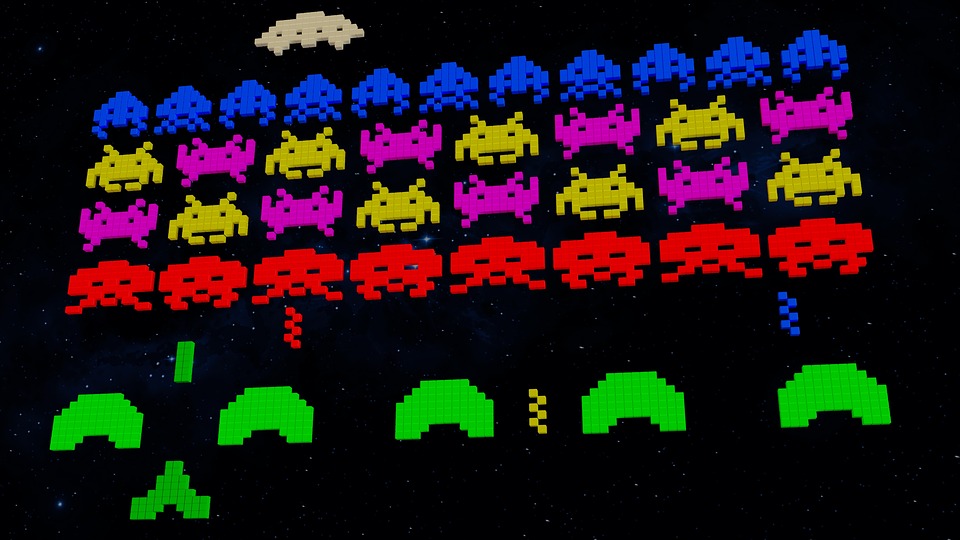 With their homemade puzzle-filled waiting area, family-friendly games and interesting themes, Thinking Outside the Box is always an enjoyable venue to visit. Usually, I head along at least one month after a game opens but, once again, I’d accidentally booked into a room just after it had launched. I don’t often go to Peterborough, but I do seem to have a knack of visiting just after they open a new game…

As ever, we got a warm greeting from the owner and a chance to play with some of the puzzles he’d created since our last visit. It’s always worth turning up a little early here, because they invariably have a couple of handmade wooden puzzles lying around for you to try out and, even if you’ve tried them all out, there are some backup paper puzzles to keep you amused.

Due to a freak lightning strike on your game night, you are transported into the console itself. Now you must escape by playing the game, fix the console before the back-up battery dies or be trapped inside forever.

In Thinking Outside the Box’s trademark style, the game starts with a live action briefing. They always choose a very different style for each game, and this was no exception. It wasn’t quite as smooth as I’ve become accustomed to, but I think it will already have been polished up a fair bit in the intervening couple of weeks as they see what works best to launch the players into the action.

The set looked pretty plain at first glance, but that turned out to be because the initial space was purely a briefing area. Once the theatrics are over, there’s an excellent start to the game that surprised us in a couple of different ways and was a great method for transporting us into the console itself.

Inside, we were greeted by a glut of computer gaming references from across the years and platforms. I won’t spoil the surprise by telling you which games are referenced, because part of the fun is the joy of spotting what they’ve integrated and how. In fact, it wasn’t just restricted to games from the past. They’d also thrown in a backdrop that nicely echoed the console itself. The decoration is clearly homemade, and how you feel about it will be very much down to whether you consider it charming or rough around the edges. Either way, I think you’ll find that it does a good job of conveying the game’s ideas.

In terms of puzzles, there’s a reasonable range, including a few implementations that came across as very original. I particularly liked a couple that involved physical interactions within the room, in one case a very physical interaction that echoed a particular game in a humorous way. Mainly, they’d made use of the theme to embed puzzles within the experience but, in some cases, it was almost the reverse – they’d used the challenges to convey the theme of the game.

A couple of puzzles were a little bit mathsy – even for me – but they weren’t amazingly challenging, so I wouldn’t expect them to spoil your enjoyment. While nothing in the room required communication, several puzzles could have multiple people working on them together, and I enjoyed the fun of sharing those solves. We played as a pair throughout the experience, which was a great way to play but also highlighted the biggest problem with the room: in spite of our team not splitting up, we still finished very quickly. There’s a relatively small number of puzzles in the game, and it’s so logical that it’s hard to get too far offtrack.

Soon enough we reached the finale. If you’ve paid attention to the layout of the room, you should have a reasonable idea of how close you are to finishing, but I felt that the final puzzle lacked a little excitement. It was a thematic ending but it just wasn’t going to have you racing out of the room with your heart pounding. With so many good puzzle concepts in this game, it felt like there was scope for something a little more exciting to see you off.

We escaped in 26 minutes with just a single clue, which was given to us because we were about to (accidentally!) bypass a significant chunk of the game.

Retro is a fun throwback to an earlier age of computing when games were simpler. It’s a room full of references not only to iconic computer games of the past but to how consoles and computers work. The puzzles were logical and enjoyable but, as you can see from the finish time, they weren’t on the difficult side. In an ideal world, I’d obviously prefer a game that lasted a little longer but, given the choice, I’d choose this over a longer experience spent battling illogical puzzles.

I’d encourage enthusiasts to head along as a pair, as I think that larger teams will just zoom through it. In my opinion, less experienced players will be fine with a couple more.

We ate at the Grain Barge, just outside Peterborough’s centre. Excellent food with good-sized portions. I can recommend the coconut rice and sweet and sour chicken.