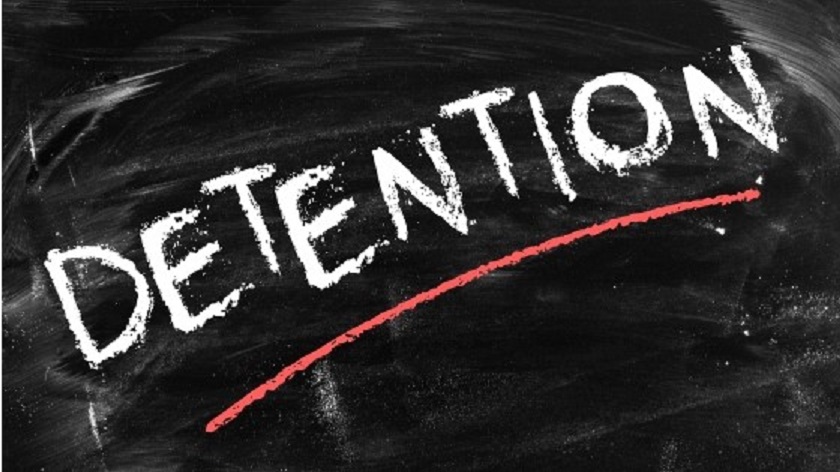 Ctrl-Alt-Esc have built themselves a great reputation in spite of being in Kent, one of the UK’s hotspots for escape rooms. It definitely helps that they deliver 90-minute experiences, but it’s not just that: they seem to have a knack of injecting humour into their games as well as impressive finales and plenty of well-implemented tech.

Their latest game moved away from the science-y feel of previous outings and into the classroom. That more unusual theme intrigued me given that they originally launched themselves as providers of “technology-based” rooms. Would they put their own high-tech twist on it or would any tech be purely behind the scenes?

Before you even get to the room, you’re greeted in character by the GM. It’s an impressive introduction that sets the scene for the ninety minutes ahead. If you’re not into in-character introductions, then brazen it out and you’ll soon be on your way, but embracing it will definitely add to the experience.

That over with, it was time to take a look around the room. Detention isn’t a setting that will blow your mind. It’s a classroom and, while they’ve done a great job of recreating the space, classrooms are something that we’re all familiar with. What it does do well is foster a sense of nostalgia. If you’ve ever experienced a real blackboard, proper overhead projectors or wooden desks that you could scratch your name on with a compass, then I think you’ll be right at home here.

There’s more than that, though. During the game, you’ll come across a couple of different places where they try to throw you back to your school days, with one piece of theatre feeling particularly impressive in conveying the naughty schoolchild feeling of being in detention.

There’s no real story to this game: you have to somehow escape from detention, and the way to do that is solving a series of puzzles. That’s probably the weakest part of the experience – I didn’t feel a real sense of progression to the game or a proper sense of mission. Yes, I knew eventually I’d be escaping the room, but I never really had a feel for how close I was until I was pretty much on my way out.

Fortunately, with lots of fun puzzles to get stuck into, we were never too preoccupied with what we had to do to escape and instead were just focused on the task at hand. Surprisingly, there are actual padlocks in this room, but don’t worry: there’s also plenty of tech being used to add to some of the challenges. The purist might find one of the puzzles requires outside-the-room knowledge, but I think most teams will be fine; while another skill challenge may frustrate some players although, again, I think it’s likely most teams will get past it. For me, the most frustrating part was some tough searching, which I think was deliberately designed to be at a level where you’re likely to need a clue. If you like searching, then it will be a fun challenge, but for me it was just a bit too painful.

As always with Ctrl-Alt-Esc games, things are strongest at the finale. They’ve created a fun ending to the game that made me smile with how they wrapped up the experience and then, just as I was getting over the clever ending, threw in something surprising to lift my spirits again.

Detention is a feel-good game that throws you back to your childhood, from the GM introduction right through to the moment you escape the room. If you want a game with a great storyline or where the puzzles feel naturally part of the mission, then look elsewhere but, if you just want ninety minutes of nostalgic fun, then I can highly recommend it. Plenty of enjoyable puzzles, an enjoyable setting and a clever finale to the experience.

We played as a two and had a great time. I think most enthusiast teams will be fine with that number, but it felt like there was plenty to do, so I wouldn’t worry too much about going along as a four.