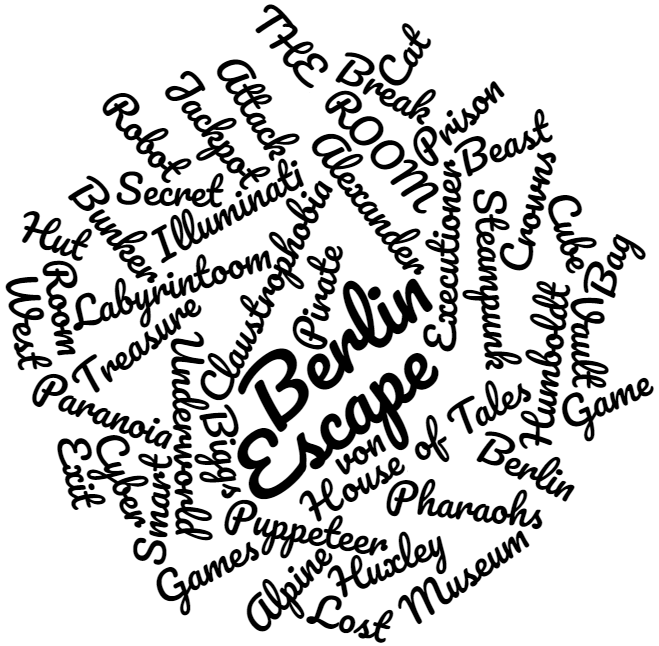 In February 2018, I visited the German city of Berlin to play escape rooms (and do a little tourism!) as part of a group of ten enthusiasts. While there, we played around 20 games in eight venues across the city, so I’ve hopefully got a pretty good view of the escape room scene in Berlin.

I built up the list of games via recommendations from other visitors and bloggers, including Sera from S², Stefan and Alex from Two Bears’ Life and Sebastian from Escape Maniac. If you’re heading to Berlin and looking to play a few games, then hopefully this series of posts will give you a leg up on the research!

Most of the venues were pretty walkable from the centre (for a map to help you plan, click here), but there are a few that you’ll probably want to use public transport or Ubers for. Similarly, the train ride in from the airport was reasonably cheap and easy – right into the heart of town – so, from a transport point of view, it’s an easy city to play in.

Overall quality was high, with some truly outstanding games. Certainly better quality than the London scene but not up there with Hamburg, in my opinion. The standard of English was pretty much perfect throughout, and the GM-ing was good. If I had to pick out one strand that ran through the games, it was that a lot of them felt quite “Claustrophobia-style”: beautiful sets, entirely automated games, puzzles that seem logical once you know the answer but feel a little like you have to guess what the designer was thinking.

The most impressive game of the weekend was undoubtedly The Lost Treasure of Alexander von Humboldt. In fact, all three of the games at THE ROOM were incredibly high quality, and I’d have no hesitation in recommending any or all of those games. If you’ve got four people, I’d definitely recommend a trip to Andere Welt at Smart Room, especially if you are particularly interested in games with plenty of communication. I also really enjoyed Illuminati Escape‘s Jackpot, with its fun puzzles and cool theming, the Executioner at House of Tales and the dystopian cyberpunk theming of Robot Paranoia at Final Escape. Huxley at Exit VR, while not a style I’d want to play regularly, is definitely worth adding to your itinerary. Finally, Vault 13 at Claustrophobia is a pretty game with good puzzles and one particular element that really surprised me.